Once again, Anonymous is using the low orbit ion canon (LOIC) to DDoS websites. This tool was developed by white hat hackers to stress test websites.

Not surprisingly, the tool they are using is exactly the same one used for Operation Payback which took place about a year ago.

Looking at the LOIC downloads so far this year, it’s clear there has been a sudden, sharp increase in the past few days which coincides with the latest Anonymous campaign:

The top country downloading the attack tool? The US – though not with a huge lead. France and Brazil are not far behind: 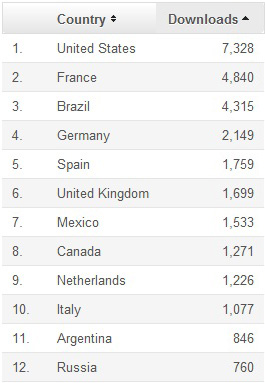 In addition to the version of LOIC that is downloaded and used locally, several websites have been developed that automatically DDoS simply by loading them. Here is one example: 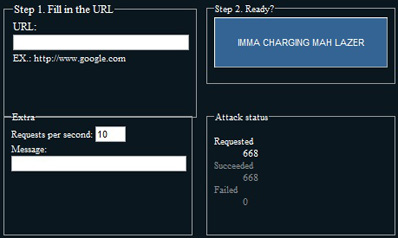 Typically, these sites use a JavaScript to iterate attacks.