MokaFive, whose software is driving the use and acceptance of Macs in the enterprise, is now doing the same for the iPad and iPhone. The new MokaFive for iOS unites work and personal computing on iPads and iPhones, keeping corporate data secure, even if the device is lost or stolen. 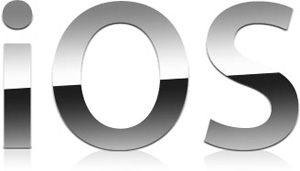 MokaFive’s software overcomes one of the biggest barriers to the use of personal iOS devices in the enterprise—security of business data. Recent studies report that 64 percent of today’s mobile workers carry a tablet computer, mostly iPads, and are increasingly choosing the iPhone, which is now the fastest growing smartphone on the market.

By 2013, corporations are expected to spend north of $28 billion on iOS devices. Security is the linchpin that allows these devices to become legitimate business machines.

With MokaFive for iOS, employees can seamlessly move from desktop to laptop to iPad, securely accessing the same files from each with its intuitive iPad user experience. The ability to access and work with key documents and information while on the go enhances productivity and collaboration. Most importantly, the solution is the only one on the market today that lets users view documents both online and offline.

“Top performers—the same people who are the biggest drivers of bring-your-own-device programs—have been sneaking their own computers and tablets into the workplace for years, regardless of their companies’ rules,” said MokaFive CEO Dale Fuller. “These employees focus on getting the job done, no matter what. They figure it is better to ask forgiveness than permission. But with MokaFive, they don’t have to ask at all.”

MokaFive for iOS is designed to be as appealing for IT departments as it is for employees. It uses an encrypted container to secure and isolate corporate data from other content on a personal iOS device. IT administrators can remotely wipe this container from lost or stolen devices with a single click. It also offers dozens of policies and security settings, giving companies near-limitless customization possibilities, such as limiting employees from emailing documents to themselves or prohibiting copy and paste from corporate files to personal files.