Malware almost always comes in disguise, but some malware peddlers try to do a better job than others.

Trend Micro researchers have recently uncovered a piece of malware that tried to pass itself off as “Trend Micro AntiVirus Plus AntiSpyware” (click on the screenshot to enlarge it): 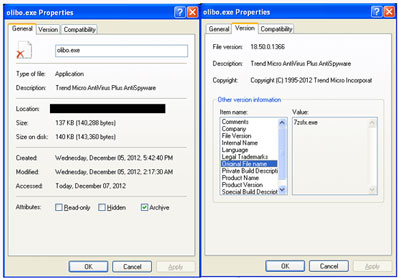 Unfortunately for whose who get fooled, the software in question is a Trojan that creates the process svchost.exe and downloads additional malicious components such as a Bitcoin miner application created by Ufasoft. This particular application will, unbeknownst to the victim, use the infected system’s resources to create Bitcoins for the people behind this scheme.

“This attack is timely because of the news that Bitcoin Central has been approved by the law to function as a bank where exchange from Euro and Bitcoins are now possible,” the researchers noted.

It is, therefore, likely that we’ll soon see an uptick in Bitcoin-mining malware.

As always, users are advised to avoid downloading software from unknown websites and following links embedded in unsolicited emails.