Trend Micro researchers have recently spotted a variant of the Reveton ransomware that not only shows a message claiming that the affected computer has been blocked because of law violations, but also plays a message urging users to pay up in order to get it unblocked. 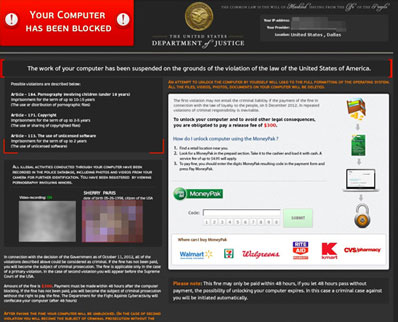 “The user won’t need a translator to understand what the malware is saying – it speaks the language of the country where the victim is located,” the researchers shared.

According to Security Evangelist Ivan Macalintal, this particular variant also connects to specific URLs to send and receive information from a remote user, and unlike previous variants, it does not encrypt the files on the computer, but only locks the screen.

The audio message is delivered via a WAVE file that is saved on the computer.