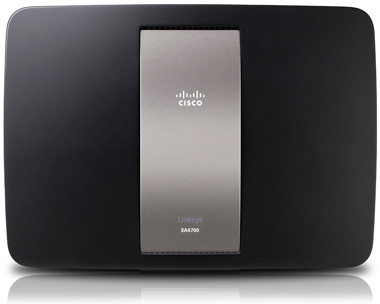 With more smart devices entering the home, consumers need Wi-Fi that is powerful, easy to use and can maximize their connected experiences. Linksys’ latest additions to its Smart Wi-Fi Router portfolio include the Linksys Smart Wi-Fi Router AC1200, AC1600 and AC1750.

Linksys Smart Wi-Fi Router AC 1750 HD Video Pro, EA6700 – The most powerful Smart Wi-Fi Router in the Linksys portfolio, the AC1750 is designed for today’s power users with 10 or more connected devices and streaming HD in the home. The dual-band AC1750 delivers Wi-Fi speeds up to 1300 Mbps on the 5 GHz band and up to 450 Mbps on the 2.4 GHz band. This router also offers broad compatibility with the latest devices including smartphones, tablets, e-readers, laptops, game consoles, Smart TVs, Blu-ray players and wireless cameras, among other devices.

Linksys Smart Wi-Fi Router AC 1200 Advanced Multimedia, EA6300 – Offering up to 867 Mbps on 5 GHz band and up to 300 Mbps on 2.4 GHz band, the dual-band AC1200 is the perfect fit for a small home with three to five connected devices such as a PC, smartphone and Smart TV.

All three of the new Linksys routers are also equipped with Gigabit Ethernet and USB 3.0 ports. The USB ports allow for storage devices such as USB flash drives or hard drives, to be connected to the router. With Gigabit Ethernet and USB 3.0 ports the routers can rapidly transfer files between the connected storage and other devices – ideal for using the router’s USB storage capabilities to back up media from consumers’ smartphones, tablets or notebooks.