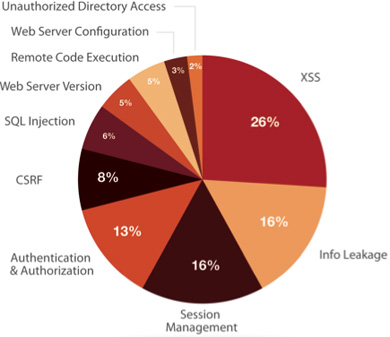 “Securing the application layer must be addressed more realistically by today’s businesses,” said Scott Parcel, CTO at Cenzic. “The exposure that organizations face from the trove of existing application vulnerabilities and from evolving threats has been laid bare this year, however most organizations have not comprehensively acted to defend themselves from these application level threats. This trend continues to get worse; as the rush to create a multitude of connected mobile apps has led corporations to essentially rip out walls and replace them with unlocked doors, leaving them even less aware of how to secure at scale.” 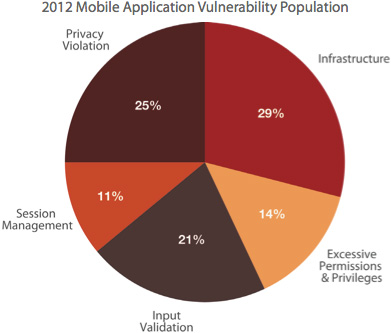 The report also includes a study of mobile security threats, focusing on how data is transferred to and stored on mobile devices. According to Cenzic’s findings, Input Validation (21 percent), Session Management (11 percent) and Privacy Violation (25 percent) combine to account for 57 percent of mobile vulnerabilities.

These results suggest that while storing unencrypted sensitive data on sometimes-lost mobile devices is a significant cause for concern, the often-unsecured web services commonly associated with mobile applications can pose an even bigger risk.