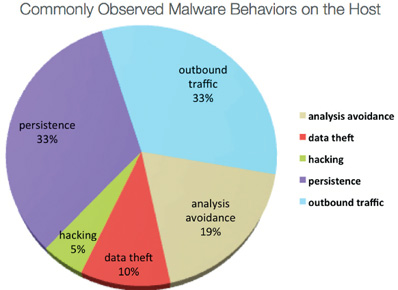 Their findings show that traditional antivirus solutions are not identifying the vast majority of malware infecting networks via real-time applications such as web browsing. Key findings include:

“It’s not enough to simply detect malware out there that is evading traditional security. Enterprises should come to expect more comprehensive prevention from their vendors,” said Wade Williamson, senior research analyst, Palo Alto Networks. “That’s what the Modern Malware Review is signaling – analyzing undetected malware in real networks has enabled us to arm IT security teams with actionable information for reducing their exposure against threats they might have otherwise missed.”

The review provides recommended policies that can help security managers better protect their networks against malware attacks. For example, by knowing that the majority of malware is simply relocated and repackaged versions of the same code, such as Zeus botnets, security teams can use a variety of indicators to identify it and create security policies that can automatically block it.

The Modern Malware Review analyzes malware collected by Palo Alto Networks between October and December 2012 via its WildFire malware analysis service. The review identified 26,000 different malware samples on networks that had gone completely undetected by their antivirus solutions.