The fourth generation of Emsisoft Emergency Kit is now available. It now boasts an improved cleaning function for the removal of malicious software. And at the same time it uses fewer resources. 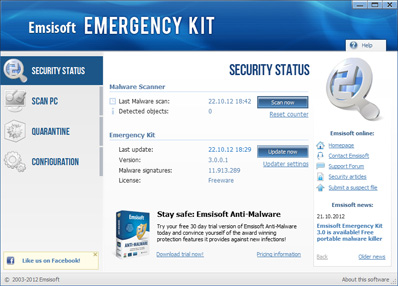 Emsisoft Emergency Kit 4.0 remains portable and can be run directly from a USB stick without installation. It supports all Microsoft operating systems in 32 bit from Windows XP onwards and is fully compatible with 64-bit from Vista onwards.