Sambreel, a California-based firm that nearly two years ago has been found using browser plugins to deliver ads by injecting them into Facebook and Google pages, is up to its old tricks. 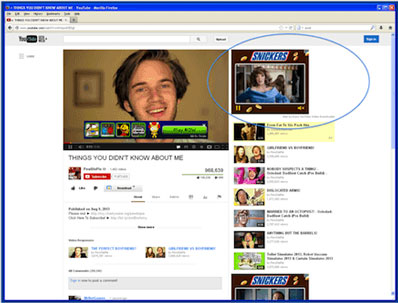 At the time, the two plugins were named PageRage and BuzzDock, today it’s Easy YouTube Video Downloader and Best Video Downloader which, according to the researchers from UK-based Spider.io, are part of a software browser tool suite provided by two subsidiaries of Sambreel.

The company obviously earns by offering such ad placement to ad exchanges or directly to companies looking for more exposure, but the problem is that anyone can buy ad space from Sambreel, and it just so happens that malware peddlers also do.

In one example, the injected ad sports a fake alert saying that the user should do well to update their Java, but clicking on the “OK” button will take them to a third-party disreputable site.

“This sort of malvertising would be unlikely to impact YouTube users without Sambreel’s involvement. Google has strict ad-quality processes, and Sambreel’s plugins bypass these,” the researchers explained. So, not only does the company hurt legitimate advertisers, but random users as well.

According to BBC News, one of the Sambreel subsidiaries stated that the offending browser plugins have been discontinued, but that seems to have happened only after the researchers made the company’s actions public.

A Google spokeswoman said that the company is aware of “bad actors” such as this one and has banned all of them from using Google’s monetization and marketing tools.

According to Spider.io, some 3.5 million people installed one of Sambreel’s YouTube-focused adware plugins before this, and they have surely pulled in some serious money.