Silk Road, the infamous black market drug website hidden in the so-called Deep Web, has been taken down, and its founder and owner arrested and charged for conspiracy to traffic narcotics and computer hacking, murder solicitation, and conspiracy to launder money. 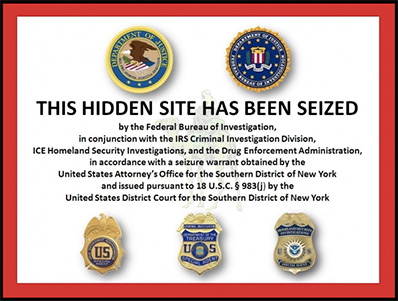 According to a criminal complaint filed in the Southern District of New York, the real name of the person who went under the online pseudonym of “Dread Pirate Roberts” is Ross William Ulbricht, a 29-year-old resident of San Francisco.

FBI Special Agent Christopher Tarbell alleges that not only did Ulbricht own and operate a platform for drug dealers around the world to sell controlled substances via the Internet, but did also – along with his conspirators – possess and distribute controlled substances, as well as solicit “a Silk Road user to execute a murder-for-hire of another Silk Road user, who was threatening to release the identities of thousands of users of the site.”

He also claims that Ulbricht had, along with others, conspired to commit computer hacking offenses, has accessed computers without authorization, and steal information held on them for financial gain.

According to the complaint, Ulbricht “has controlled and overseen all aspects of Silk Road”, and was the only one to control the “massive profits” it generated.

The agent went on to describe the workings of Silk Road and the Tor network (which the marketplace uses to anonymize its customers), and the details of the discovery of the real life identity behind the Dread Pirate Roberts online persona. It’s an interesting read, so you might want to check it out.