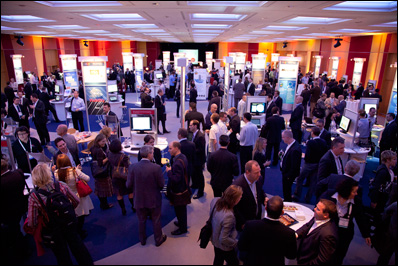 With over 60 sessions spanning 10 hours, RSA Conference Europe 2013 will connect attendees with industry experts sharing intelligence from real-world case studies and years of experience. The conference’s eight keynote sessions offer a glimpse into security’s future and compelling insights from experts responsible for protecting the world’s biggest organizations and events.

In addition to previously announced sessions focusing on technology and security of the 2012 Summer Olympic and Paralympic Games with Lord Sebastian Coe and Mark Hughes, CEO, BT Security, this year’s keynotes hone in on two themes: data and disruption.

Those looking for more knowledge to move beyond a policy-driven security model into a data-driven approach can learn from Wednesday’s session “Data-Driven Security – Where’s the Data?” delivered by Wolfgang Kandek, Chief Technology Officer, Qualys.

Information security professionals understand that the industry is experiencing a disruptive evolutionary period. The next generation is now and the best and brightest must respond to keep pace with emerging threats and new vulnerabilities. On Tuesday, attendees will hear from Mike Reavey, Senior Director, Trustworthy Computing, Microsoft, on “A New Era of Operational Security in Online Services.” This presentation will cover how security must evolve to support the growing number of cloud services fueling the modern enterprise.

On Wednesday, Joshua Corman, Director of Security Intelligence, Akamai Technologies, will cover the emerging role of DevOps (development + operations) in security. Mr. Corman will discuss his beliefs that DevOps is a game-changer and may be the end of security as we know it. Finally, Hugh Thompson, Programme Committee Chair, RSA Conference, will deliver a session on Wednesday, titled, “Degrees of Freedom: Rethinking Security” which will demonstrate what security professionals can learn from mathematics to define security variables that matter most.