John McAfee (and, alternatively, his name) has long been a fixture in the security market. And, finally, after a considerable hiatus and crazy happenings, the man is back with his software development company Future Tense Systems.

On Friday, the company has presented to the public at the Imagine RIT festival its new secure free messaging app dubbed Chadder. 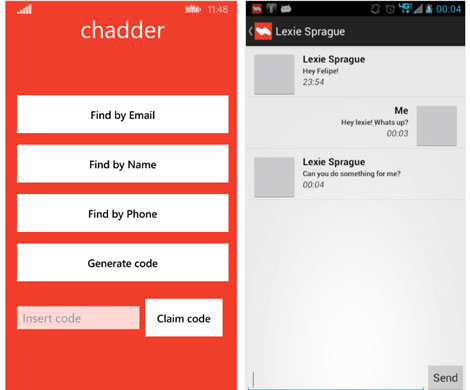 The app has been released in partnership with startup Etransfr, and developed with the help of a team of developers from the Rochester Institute of Technology.

“Chadder keeps your information safe by using key server encryption,” it is explained in the press release. “When you send a message, all Chadder can see is the encrypted text. No one has the key to unlock your message except the person receiving the text, making your communication private again.”

“The social media industry is built around the consumer also being the product. Chadder is here to prove that young people want privacy just as much as adults do. The application is simple and straight forward with a lot of power given to the user.” said Lexi Sprague, founder of Etransfr.

“CHADDER is a fun and easy to use messaging APP that happens to keep your communications private. So private that we can’t see it ourselves,” commented McAfee.

The app is currently available for Windows Phone and Android (both beta versions), and the IOS version is currently being tested and will available on ITunes in the following weeks, they announced.