Arbor Networks released global DDoS attack data derived from its ATLAS threat monitoring infrastructure. The data shows an unparalleled number of volumetric attacks in the first half of 2014 with over 100 attacks larger than 100GB/sec reported. 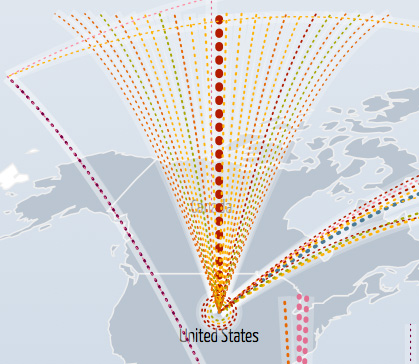 “Following on from the storm of NTP reflection attacks in Q1 volumetric DDoS attacks continued to be a problem well into the second quarter, with an unprecedented 100 attacks over 100GB/sec reported so far this year. We’ve also already seen more than twice the number of attacks over 20GB/sec than we saw in the whole of last year,” said Arbor Networks Director of Solutions Architects Darren Anstee.

“The frequency of very large attacks continues to be an issue, and organizations should take an integrated, multi-layered approach to protection. Even organizations with significant amounts of Internet connectivity can now see that capacity exhausted relatively easily by the attacks that are going on out there,” Anstee added.