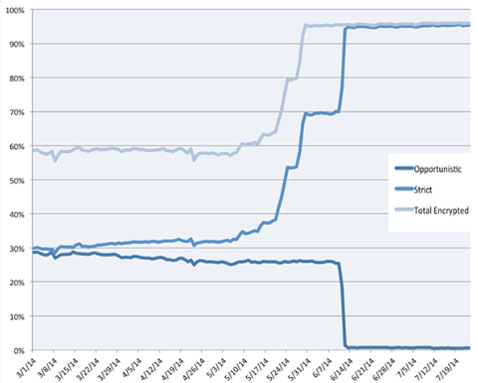 Back in May, the social network did an assessment of how many SMTP servers its productions system successfully negotiates TLS encryption with, and the results were the following:

At the time, Facebook called on providers (who haven’t already) to deploy STARTTLS, and they have been pleasantly surprised by the results.

These new numbers are manly due to major providers such as Microsoft and Yahoo making the change.