A group of companies that includes Facebook, Google, Dropbox, GitHub and Khan Academy has announced a new collaboration that will focus on making open source “easier for everyone”. 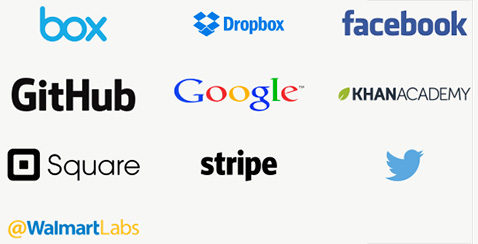 Additional founding members of the TODO group are Box, Dropbox, Square, Stripe, Twitter and Walmart Labs, but according to the NYT, the program has already been joined by 30 other companies.

“Open source is part of the fabric of each of our companies. Between us, our open source programs enable us to use, contribute to, and maintain, thousands of projects – both large and small,” the group points out.

“These programs face many challenges, including ensuring high-quality and frequent releases, engaging with developer communities, and using and contributing back to other projects effectively.”

“The group — whose name is a backronym for “talk openly, develop openly” — was formed to address the challenges that companies like ours have encountered in consuming open source software and running open source programs,” James Pearce, head of open source projects at Facebook, has shared in a blog post.

The group’s goal is to create a roadmap for organizations, businesses and individuals who are looking to establish and successfully manage an open source project, and to discover the best way to hand over open source projects started by companies to a community that will continue its development, and how to assure the projects’ continued success by keeping the communities active.