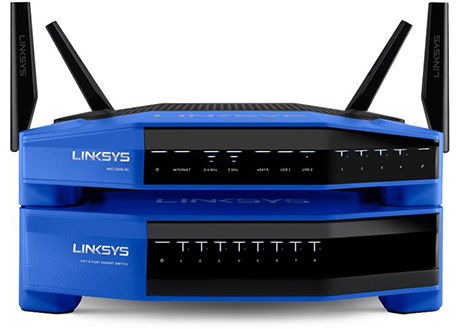 With sleek lines and designed to physically stack below the WRT1900AC router, the WRT 8-port switch expands a home network while reducing the clutter and creating a clean “stack” of vital networking components.

“This 8-Port Switch was designed and developed for our loyal WRT router fans. As with the legacy WRT router line, we had stackable solutions to help make it easier to connect other products and save space on the desktop, all while building a tower of networking solutions that were all in one place and simple to access,” said Mike Chen, Linksys vice president of product management.