A new report from OPSWAT determined the market share for the top five antivirus vendors with RTP enabled. It includes: 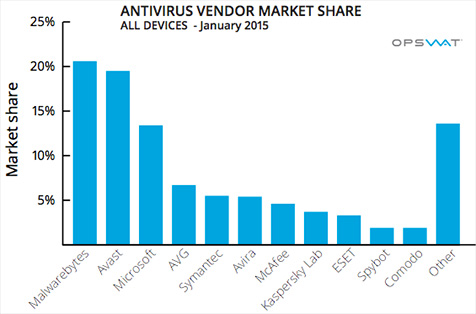 While the overwhelming majority of devices surveyed had at least one antivirus engine installed, only 8.7% had run a full system scan in the last 7 days, meaning over 90% of devices had not run a full scan in that period, putting them at risk for infection and in possible violation of data security regulations. 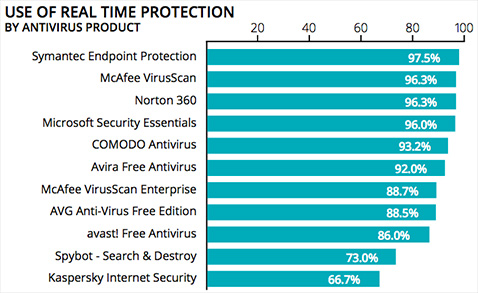 These statistics could have alarming real-world consequences for both individuals and businesses. According to Adam Winn, Product Manager for OPSWAT GEARS, “Installing an antivirus product is the first, not last, step to having a safe and secure computer. According to our data, nine out of ten users haven’t scanned their system in the last week, and another 15% of devices are using outdated antivirus signatures. These stats, combined with the low usage of real-time protection means there’s an alarming number of unprotected computers. Over 3% of devices show some sign of infection, so it’s reasonable to assume in an organization with 400 PCs, a full dozen are compromised!”