Employing a backup solution does not entirely eliminate data loss, according to Kroll Ontrack. The 2015 survey of customers who lost valuable computer data confirms that the majority of consumers and businesses are implementing backup solutions, but unintentional gaps in back up protocols are nevertheless proving costly. 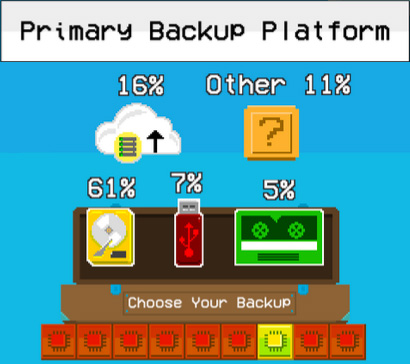 For the third-year running, well over half (61 percent) of respondents had a backup solution in place at the time of data loss, down slightly from 65 percent in 2014 and 63 percent in 2013.

With 71 percent of respondents backing up their data on a daily (42 percent) or weekly (29 percent) basis, why is data loss still so prominent? Unfortunately, minor oversights or an unknowingly non-functioning backup can render backup procedures ineffective. In fact, this year’s survey data shows that of those who had a backup in place at time of data loss:

“What stands out once again this year is that it is not enough to simply deploy a backup solution and hope for the best,” said Jeff Pederson, senior manager of data recovery operations, Kroll Ontrack. “When nearly three-fourths of respondents confirm they are regularly backing up data yet are still experiencing data loss, the criticality of a complete backup strategy becomes crystal clear. This includes regularly validating that your solution is functioning as expected, and frequent testing and monitoring to ensure the backup is current and complete. In cases where oversight or backup failure leads to data loss, consider enlisting the assistance of a reputable and experienced data recovery provider.”

Once again in 2015, of those respondents utilizing a backup solution, external hard drives prevailed as the most used approach (68 percent) for both business and personal data (compared to 63 percent in 2014 and 59 percent in 2013). Only 16 percent report leveraging cloud backup and 5 percent tape backup.