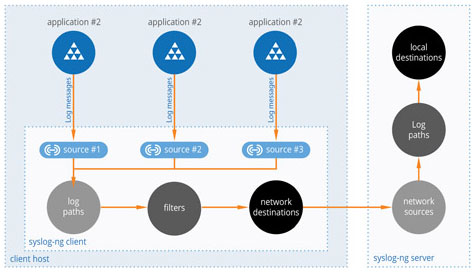 With this latest release BalaBit adds support for sending logs directly to Hadoop and allows syslog-ng users the ability to stream logs into the Hadoop Distributed File System (HDFS), eliminating the need to manually load logs into HDFS. Hadoop is powerful tool to store massive amounts data and extract information for a variety of use cases.

“The newest version of syslog-ng can collect data from virtually any source, transform the data, and stream it to Hadoop by connecting to the HDFS cluster; it’s not necessary to create any jobs to get the data into HDFS,” said Zoltán Györkõ, CEO and co-founder of BalaBit. “You can think of syslog-ng as an Extract Transform Load (ETL) tool for your log data. It’s ideal for big data environments because the new version scales really well for large enterprise environments handling a high volume of many types of data. And it can flexibly route data to multiple destinations in hybrid environments. We’re very pleased with the scalability this product offers customers.”

Györkõ explained, “Many syslog-ng users have been using syslog-ng and Hadoop together. This new feature will allow them to create a seamless data pipeline from their existing log infrastructure to their Hadoop cluster.”