“PandaLabs has confirmed a record increase in the creation of new malware samples. In the second quarter of 2015 alone there were an average of 230,000 new malware samples detected each day, which means a total of 21 million new types in these three months.

Compared to the same period last year, where there were 160,000 registered samples, this is an increase of 43%. The majority of these samples are variants of known malware, mutated by cybercriminals to try and stop the antivirus laboratories from detecting the infections.

Trojans continue to be, by a large margin, the most common (71.16%) source of infection, with 76.25% of users infected by this type of malware. This quarter also saw the proliferation of PUPs (Potentially Unwanted Programs) which accounted for 14.39% of infections, placed just behind Trojans.

Among the main threats that this study investigated was the use of Cryptolocker, and how cybercriminals have begun to reuse an old technique to infect users, one which was first seen 20 years ago. It involved infecting users via a macros in Office documents, especially Word. To complete this attack, the criminals included a blurred image which could only been seen if the user activated the macros. Once the user does this, they are infected with Cryptolocker.

This quarter also saw attacks on mobile devices. One of the ways in which hackers have duped their victims is by WhatsApp. Called WhatsApp Trendy Blue. It passes itself off as a new version of the application with extra features when, in reality, the only thing it does is sign the user up to an expensive billing service.

In June, PandaLabs detected a phishing campaign directed at Android developers that published their creations on the Google Play store. The trick consisted of stealing password information in order to propagate malware via Google Play. 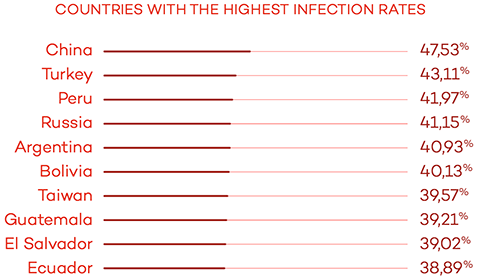 The complete report is available here.”