At the same time, however, there is a general lack of clear PKI ownership, as well as a lack of resources and skills to properly support them. Current approaches to PKI are fragmented and do not always incorporate best practices, indicating a need for many organizations to apply increased effort to secure their PKI as an important part of creating a foundation of trust. 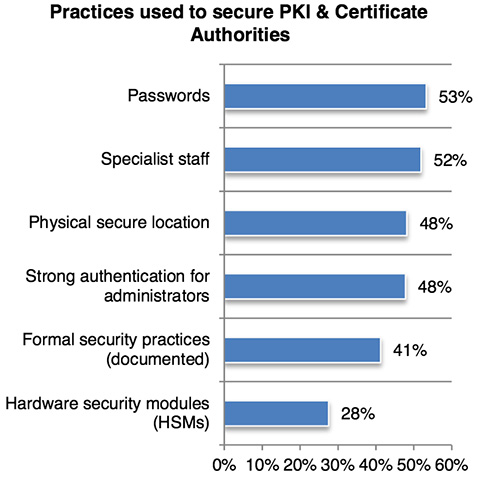 “On average, companies today are using their public key infrastructure (PKI) to support seven different applications. While the results of this study demonstrate some use of best practices, including strong authentication and hardware security modules, they also reveal that lower security options like passwords are still prevalent – which is concerning in light of the increased dependency on PKIs today,” said Dr. Larry Ponemon, chairman of The Ponemon Institute.

More than 1,500 IT and IT security practitioners were surveyed in ten countries: United States, United Kingdom, Germany, France, Australia, Japan, Brazil, Russian Federation, India and Mexico, with the aim of better understanding the use of PKI within organizations.