A new ISACA study found that more than one in four (28%) have already experienced an APT attack.

The study found that mobile device security continues to lag at many organizations, even though the BYOD trend increases APT risk. Three-quarters of respondents report that their organizations have not updated their third-party agreements to ensure better protection against APTs—a significant concern since third-party relationships have resulted in many significant breaches. 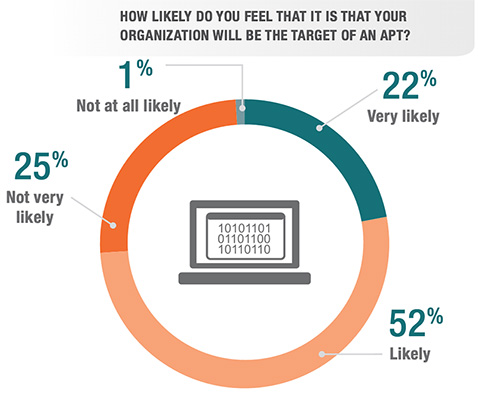 Additionally, organizations continue to have a preference for technical controls rather than education and training, even though many successful APT attacks gain entry through social engineering attacks.

The survey report, which includes insights from more than 660 cybersecurity professionals, notes that social engineering remains at the center of the APT’s efforts to gain footholds into companies’ information systems. Early attempts began with phishing, evolved to spear phishing, and proceeded to whaling, which often included an attachment or a link that contained malware or an exploit. However, over the past three years, APTs have moved on to the Internet as the main attack vector, leveraging web sites, social media and mobile apps.

However, the news is not all bad. Overall, positive change is occurring as a result of the recent high-profile breaches. A major improvement is the significant increase in leadership involvement. Nearly two-thirds of the survey participants (62 percent) indicate that their organizational leadership is becoming more involved in cybersecurity-related activities, and 80 percent see a visible increase in support by senior management—a very positive first-step in combating the APT. 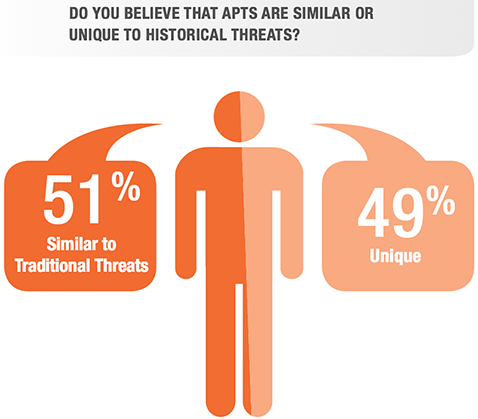 “Advanced persistent threats have become the norm. Many major breaches are connected to APT tools and methodologies,” said Christos Dimitriadis, international president of ISACA. “As a result, it is more critical than ever for cybersecurity leaders and professionals to have a thorough understanding of these threats, and to be prepared to quickly and effectively respond.”
More about
Share this