Mozilla has released Firefox 42, and with it, a new feature that should increase user privacy online. 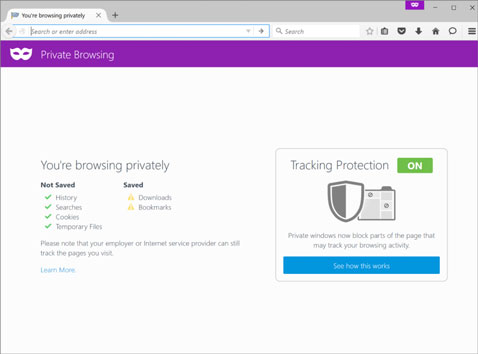 “We first added Private Browsing to Firefox to give you control over your privacy locally by not saving your browser history and cookies when you close a private window. However, when you browse the Web, you can unknowingly share information about yourself with third parties that are separate from the site you’re actually visiting, even in Private Browsing mode on any browser,” Nick Nguyen, VP of Firefox Product, explained in a blog post.

“Private Browsing with Tracking Protection in Firefox for Windows, Mac, Android and Linux actively blocks content like ads, analytics trackers and social share buttons that may record your behavior without your knowledge across sites.”

The move was praised by the Electronic Frontier Foundation.

“The new Tracking Protection option in Firefox uses Disconnect’s blacklist to block requests to known trackers. Sometimes this will stop invisible ‘tracking pixels’ or calls to analytics engines. More noticeably it will also block ads that are trying to track you around the Web,” EFF’s staff technologist Noah Swartz noted.

“While Firefox isn’t trying to take a strong stance on Web ads, we agree with them that as long as these ads are invading user privacy for profit, they don’t deserve to be displayed,” he added. “Ad blockers have often caused contention on the mobile phone ecosystem, and in fact Disconnect’s own ad blocker was booted off of the Android app store earlier this year. So we’re happy to see that this feature will be released with all versions of Firefox, including mobile versions, allowing users to protect their browsing no matter where they do it.”

Another new feature in Firefox is a new Control Center – a central place for reviewing and changing site security and privacy controls. It’s located in the browser’s address bar. In addition to this, the company has updated the browser’s security indicators.

Finally, the new version of the browser also includes fixes for a dozen security issues, some of which could lead to arbitrary code execution.