Bitglass conducted an survey of nearly 100 IT leaders attending the Gartner Symposium IT Expo in Orlando, Fla. to better understand their top challenges for 2016 and how they plan to address them. 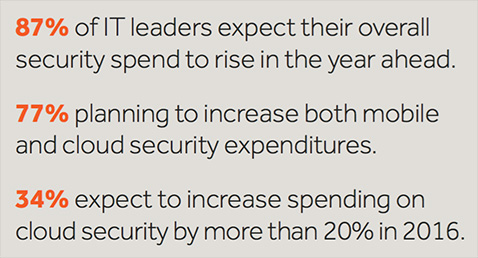 “Progressive CIOs understand the powerful advantages that a cloud-first, security-now strategy can bring to their business,” said Nat Kausik, CEO, Bitglass. “As we get ready to turn the page on a year plagued by epic data breaches and other nefarious activity, we believe that the increased focus on cloud and on security by IT leaders is encouraging for 2016 and beyond.”

“By 2020, 85% of large enterprises will use a cloud access security broker product for their cloud services, which is up from fewer than 5% today,” according to Gartner’s Craig Lawson, Neil MacDonald, and Brian Lowans.