The Open Whisper Systems nonprofit has released the beta version of their Signal secure messaging app for desktop computers. 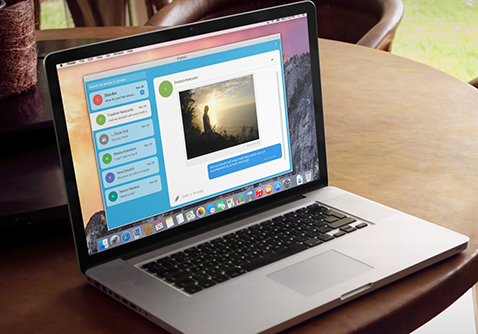 Signal is often recommended by privacy-minded security experts and organizations such as the Electronic Frontier Foundation.

The great thing about Signal – apart from it being extremely easy to use – is that it’s code is open source and available for anyone to peruse and audit for security and implementation flaws. In fact, Open Whisper Systems urges researchers to do so.

The software was first released in 2014 as an iOS app that offered secure (encrypted) voice communication. In the next version, the secure messaging feature was added.

Android users finally got the chance to use it this November, and now the desktop version is out.

But there are some limitations on how the app can be used and for what.

Firstly, it provides only end-to-end encrypted messaging. Secondly, it currently comes only as a Google Chrome app. Thirdly, only linking to Android devices is supported for now.
More about
Share this