A new survey from Ponemon Institute finds that nearly 80 percent of enterprises say that their organization’s portfolio of applications has become more vulnerable to attacks.

This vulnerability comes as more enterprises are relying on increasing numbers of applications to conduct their business. The survey found that 57 percent of enterprises have between 1000 and 5000 business applications in use throughout their organizations.

Only 45 percent of respondents say they take appropriate steps to ensure compliance with leading standards and guidelines for application security such as OWASP. 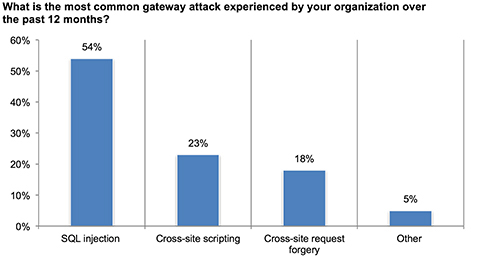 The advent of internal and customer-facing applications in business-to-business environments has changed how institutions like banks, retailers or healthcare providers interact with external and internal constituencies. But the pace of development and deployment of those applications – and how critical that development and deployment is to the business – runs counter to the pace of security review and remediation.

The result is an ever-increasing number of applications that are vulnerable to security risks and that risk potentially imperils the business itself.