Only 20 percent of organizations that have attempted to implement DevOps have fully deployed it, according to CA Technologies. Research also found that these “advanced” DevOps adopters were more likely to report that their digital initiatives contributed to competitiveness, customer retention and top- and bottom-line results. 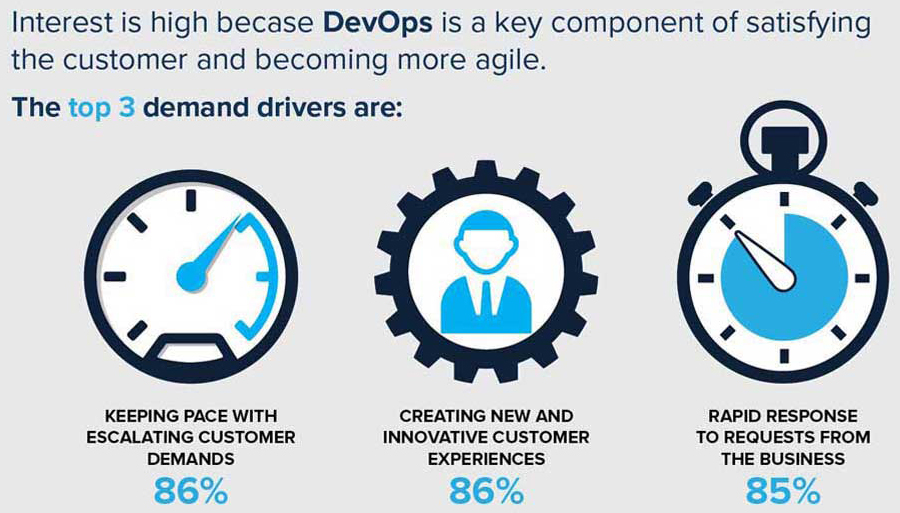 Even though DevOps is seen as a key component to driving business agility and keeping up with customer demands, only a little over half (55 percent) of respondents stated that they have a well-defined DevOps strategy and objectives.

While 86 percent considered business stakeholder education, and the alignment of IT and business priorities to be important, only 33 percent and 37 percent respectively had completed these steps.

Although both development and operations teams may have individually implemented modern methods and automation techniques, the majority (63 percent) of the DevOps adopters say there’s still work to be done in relation to infrastructure and tooling.

Also, with 46 percent of respondents still working on security and compliance, it’s clear that most DevOps activity is not well supported from an enabling platform and risk management perspective.

Assembling all of the pieces of the DevOps jigsaw puzzle may require time, effort and careful planning, but the results are worth it. Compared to those without DevOps, advanced DevOps adopters are: