ThreatQuotient announced its Threat Intelligence Platform (TIP), ThreatQ, was recognized as a Silver winner for Innovation in Enterprise Security at the 2016 Info Security Global Excellence Awards. The awards gala held during the RSA Conference acknowledged the winners amongst their peers for their advanced, ground-breaking products and solutions that are helping set the bar higher for others in all areas of security and technology. 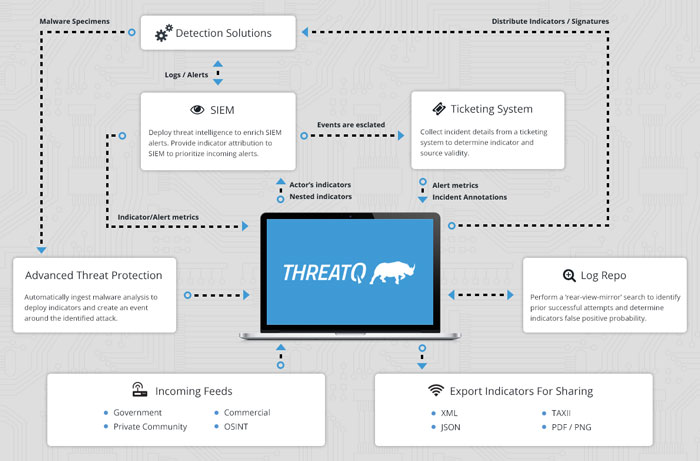 “Today’s threat intelligence analysts and operators are inundated by data and spend valuable time manually importing information,” said John Czupak, President & CEO at ThreatQuotient. “Our job is to make theirs easier; and we are doing that by providing a seamless integration with existing security solutions to enrich and nurture indicators. The recognition of ThreatQ by Info Security is a further testament to our innovative approach to operationalizing intelligence.”

ThreatQ is the only TIP that centrally manages and correlates unlimited external sources with all internal security and analytics solutions for contextual, operationalized intelligence in a single view. As a result, ThreatQ enables threat intelligence teams to return their focus to analysis, and improve their security operations by reducing the amount of effort traditionally exerted into combining data sources. Additionally, ThreatQ is the first TIP to provide Indicator Nurturing, which goes beyond enrichment to help customers tailor indicators of compromise (IOCs) more specifically to their infrastructure.

Singled out by the Info Security Global Excellence Awards for its ability to improve an enterprise’s threat intelligence and security operations through an on-premise, vendor-agnostic platform, ThreatQ easily imports commercial, open source and private or industry threat intelligence. It was created by former security operations analysts, giving users a product that is dedicated to revolutionizing cyber defense capabilities by building an analyst-driven application that helps organizations manage threat intelligence to defend against sophisticated cyber attacks.

ThreatQ has garnered a strong portfolio of Fortune 100/500, major retail, healthcare, technology and defense customers. ThreatQuotient has also received significant attention from the investment community, and announced in December 2015 it secured $10.2M in Series A funding led by New Enterprise Associates.