While Facebook battles in court to be allowed to use its facial recognition tech (which it already gave up using in Europe), another company – whose facial recognition offering has been indirectly put in the hands of the greater public via a mobile app – is currently in talks with businesses, police departments and city governments that are eager to use its algorithm. 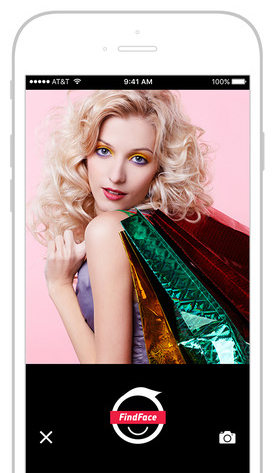 The name of the company is NTechLab, and the app that uses its FaceN algorithm to identify people based on a photo is called FindFace, and is developed by Russian app developer Trinity Digital.

The FaceN algorithm currently queries the photo data of Russian social network VKontakte, which boasts over 200 million accounts, and successfully “recognizes” people in a little over 70 percent of cases. The FindFace app also shows the identity (i.e. social media account) of people who look very much alike the person in the photo.

Success of the facial recognition algorithm

Founded only last year, NTechLab is a Moscow-based company founded by Artem Kukharenko and Alexander Kabakov. The former is the creator of the technology and the firm’s CEO, the latter is the company’s chief marketing man.

The success of the algorithm is due to its relative accuracy (best ever, so far) and the fact that it performs the search at lightning speed.

Since its release, the FindFace app has been downloaded by half a million users, and NTechLab’s servers have so far processed over three million searches.

“Three million searches in a database of nearly 1bn photographs: that’s hundreds of trillions of comparisons, and all on four normal servers. With this algorithm, you can search through a billion photographs in less than a second from a normal computer,” Kabakov told The Guardian.

Kabakov is quick to point out how the app can help people date (“If you see someone you like, you can photograph them, find their identity, and then send them a friend request.”) and how it’s being successfully used by law enforcement in various Russian regions to identify suspects and witnesses.

They are also very close to signing a contract with Moscow city government, who mean to use the technology to discover the identity of people who commit crimes in sight of the city’s 150,000 CCTV cameras.

Other than that, they hope that retailers will also come knocking – the technology would pe perfect for them to identify people that have shown interest in their wares, and target them with offers, sales coupons, etc.

So far, the solution to this problem seems relatively simple: delete your VKontakte account or at least change your profile photo (FindFace currently searches only those).

But there will be other databases that can and will be used – official government databases that you won’t be able to delete your photo and information from.

Kabakov says that technological progress can’t be stopped, and we have to live with the fact that modern technology will be “following” us all the time, everywhere.