The Electronic Frontier Foundation (EFF), the Tor Project, and dozens of other organizations are calling on citizens and website operators to take action to block a new rule pushed by the U.S. Justice Department that would greatly expand the government’s ability to hack users’ computers and interfere with anonymity on the web. 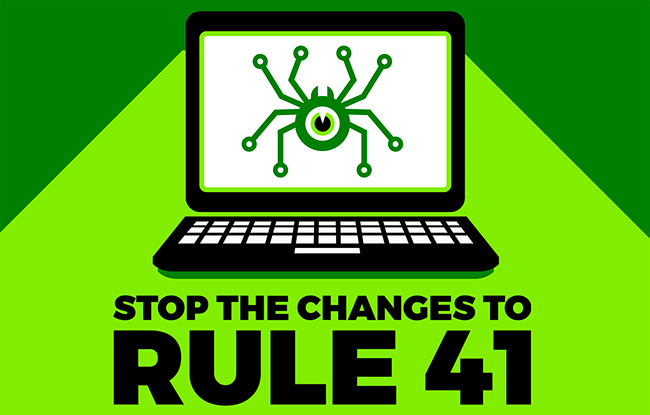 EFF and over 40 partner organizations held a day of action for a new campaign to engage citizens about the dangers of Rule 41 and push U.S. lawmakers to oppose it. The process for updating these rules—which govern federal criminal court processes—was intended to deal exclusively with procedural issues. But this year a U.S. judicial committee approved changes in the rule that will expand judicial authority to grant warrants for government hacking.

“The government is attempting to use a process designed for procedural changes to expand its investigatory powers,” said EFF Activism Director Rainey Reitman. “Make no mistake: these changes to Rule 41 will result in a dramatic increase in government hacking. The government is trying to avoid scrutiny and sneak these new powers past the public and Congress through an obscure administrative process.”

Right now, Rule 41 only authorizes federal magistrate judges to issue warrants to conduct searches in the judicial district where the magistrate is located. The new Rule 41 would for the first time authorize magistrates to issue warrants when “technological means,” like Tor or virtual private networks (VPNs), are obscuring the location of a computer. In these circumstances, the rule changes would authorize warrants to remotely access, search, seize, or copy data on computers, wherever in the world they are located.

“Tor users worldwide could be affected by these new rules,” said Kate Krauss, Director of Public Policy and Communications for the Tor Project. “Tor is used by journalists, members of Congress, diplomats, and human rights activists who urgently need its protection to safeguard their privacy and security—but these rules will give the Justice Department new authority to snoop into their computers.”

The changes to Rule 41 would also take the unprecedented step of allowing a court to issue a warrant to hack into the computers of innocent Internet users who are themselves victims of a botnet, EFF and its partners said in a letter to members of Congress today.