Despite acute awareness of the millions of dollars in annual costs, and the business risks posed by external internet threats, security leaders highlight the lack of staff expertise and technology as a key reason that these attacks are unchecked, according to results from a new Ponemon Institute study. 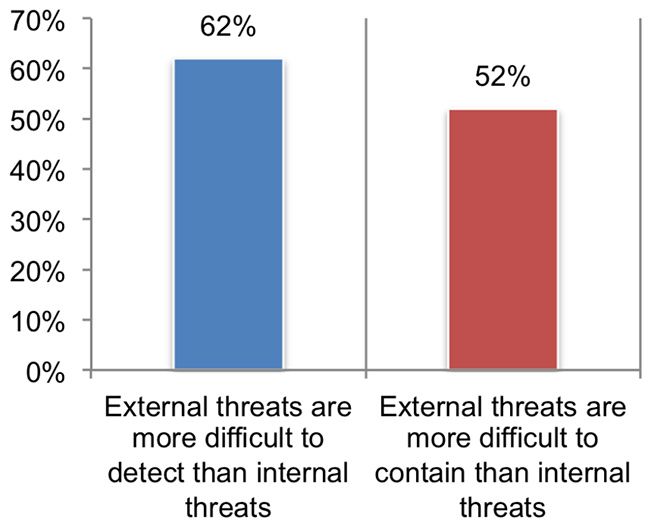 Perceptions about the difficulty in detecting and containing external threats

Seventy-nine percent of the IT and IT security practitioners polled indicated their defensive infrastructure to identify and mitigate those threats are either non-existent, ad hoc or inconsistently applied throughout the enterprise. The findings reveal that the companies represented in this research averaged more than one cyber attack per month and incurred annual costs of approximately $3.5 million because of these attacks.

“As well as monitoring external threats from new online sources, companies must ensure they have a holistic monitoring process for existing systems like the mainframe, which houses many companies’ most important transactional data. Along with advanced analytics technologies, this consolidated enterprise-wide view of security-related machine data helps protect customer and company information and makes it possible to correlate events which might not raise suspicion alone, but could indicate a potential threat when seen together,” David Hodgson, General Manager of the Mainframe business at Syncsort, told Help Net Security.

“The majority of security leaders understand that these external internet threats imperil business continuity,” said Larry Ponemon, president of the Ponemon Research Institute. “The study highlights a gap in defenses against threats that have proven to be extremely effective for cyber criminals and costly for enterprises.”