The continued and persistent use of components in software development is creating systemic risk in our digital infrastructure.

A new Veracode report also found that companies achieve accelerated benefits when their application security programs reach maturity. These finding indicate that the growing trend of focusing on digital risk at the application layer and building security into DevOps processes (DevSecOps) can yield great results for organizations in reducing risk without slowing down software development. 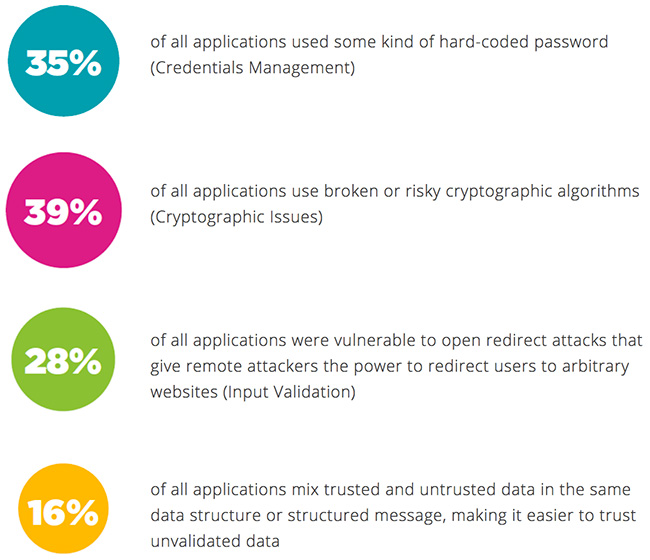 Analysis revealed the growing risk caused by the proliferation of vulnerable open source components. Veracode found that a single popular component with a critical vulnerability spread to more than 80,000 other software components, which were in turn then used in the development of potentially millions of software programs. Approximately 97 percent of Java applications contained at least one component with a known vulnerability.

The research also highlights the challenges that still exist in software development more broadly. For example, 60 percent of applications failed basic security requirements upon first scan. However, the report found that when companies follow best practices and implement programs with consistent policies and practices for secure development, they are able to remediate vulnerabilities at a higher rate.

“The ability to frequently test applications is going to be crucial to the success of secure development initiatives at companies with continuous development and deployment models like those found in DevOps environments,” said Chris Wysopal, CTO at Veracode. “Our platform data shows that more companies are starting to test applications multiple times throughout the development lifecycle. The average number of security tests per app was seven, and some apps were scanned 700-800 times in an 18-month period. We are encouraged by this information because it suggests companies are more deeply embedding security into their software development processes.”