Ninety-eight percent of respondents to a survey conducted by Dimensional Research consider smart cities at risk for cyber attacks. Smart cities use IT solutions to manage a wide range of city services, including smart grids, transportation, surveillance cameras, wastewater treatment and more.

In your opinion, which smart city services are most at risk from cyber attacks? Choose up to two of the following options: 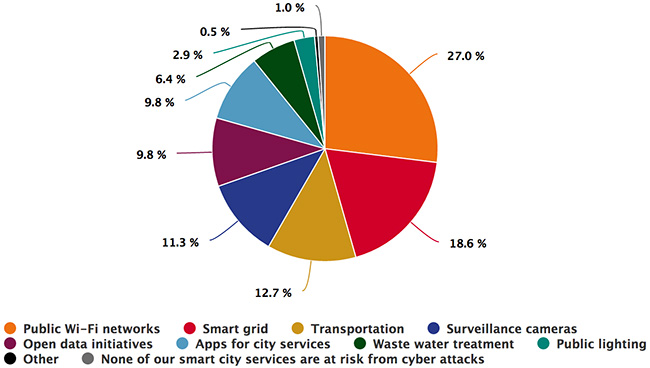 “A lot of people are talking about privacy threats in smart cities and the Internet of Things. Nobody is talking about safety, or the reliability of physical infrastructure essential to public safety. Nobody is going to care about a privacy leak if they have no power, or no clean water for weeks. There is no widespread understanding of the difference between monitoring and control. Both are “data.” Privacy is the big risk with monitoring. Safety is the big risk with control,” Andrew Ginter, VP Industrial Security at Waterfall Security Solutions, told Help Net Security.

“The big problem is that all software can be hacked. Relying only on software for safety for devices that control the physical world is dangerous, no matter how heavily encrypted and authenticated that communication is. This is why the new Industrial Internet Consortium Security Framework talks about physical, unidirectional gateway protection for critical systems,” Ginter concluded.

Has your jurisdiction adopted any “smart city” initiatives? Choose all that apply. 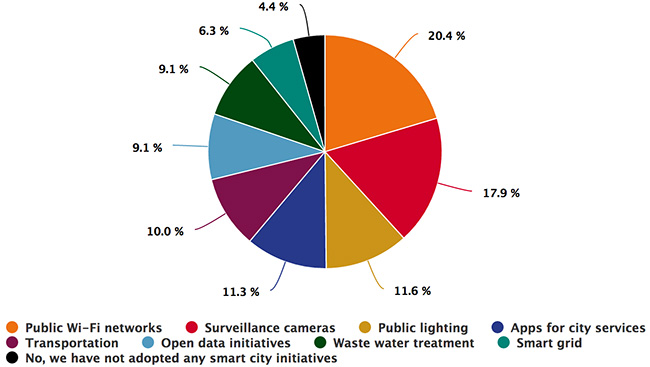 “Security isn’t usually glamorous, and it can be difficult to sell the need for added time and cost on a project, even when it’s to ensure that services are secure,” said Tim Erlin, senior director of IT security and risk strategy for Tripwire. “Smart city initiatives are pushing the technological envelope for urban infrastructure management, and it’s clear from the survey results that cyber security is being left out of the conversation.”