A grand jury in the Northern District of California has indicted four defendants, including two officers of the Russian Federal Security Service (FSB), for computer hacking, economic espionage and other criminal offenses in connection with a conspiracy, beginning in January 2014, to access Yahoo’s network and the contents of webmail accounts. 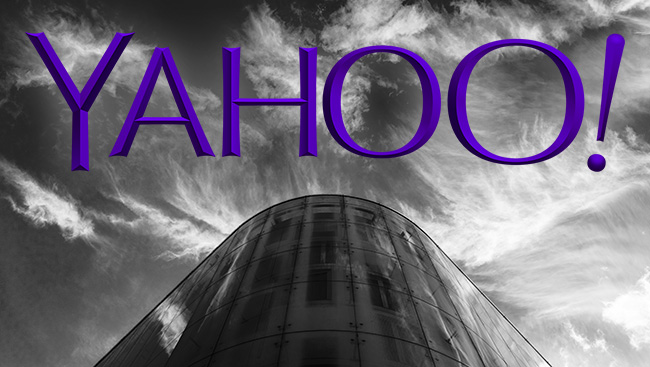 The defendants used unauthorized access to Yahoo’s systems to steal information from about at least 500 million Yahoo accounts and then used some of that stolen information to obtain unauthorized access to the contents of accounts at Yahoo, Google and other webmail providers, including accounts of Russian journalists, U.S. and Russian government officials and private-sector employees of financial, transportation and other companies.

One of the defendants also exploited his access to Yahoo’s network for his personal financial gain, by searching Yahoo user communications for credit card and gift card account numbers, redirecting a subset of Yahoo search engine web traffic so he could make commissions and enabling the theft of the contacts of at least 30 million Yahoo accounts to facilitate a spam campaign.

“The criminal conduct at issue, carried out and otherwise facilitated by officers from an FSB unit that serves as the FBI’s point of contact in Moscow on cybercrime matters, is beyond the pale,” said Acting Assistant Attorney General Mary McCord. “Once again, the Department and the FBI have demonstrated that hackers around the world can and will be exposed and held accountable. State actors may be using common criminals to access the data they want, but the indictment shows that our companies do not have to stand alone against this threat. We commend Yahoo and Google for their sustained and invaluable cooperation in the investigation aimed at obtaining justice for, and protecting the privacy of their users.”

“Silicon Valley’s computer infrastructure provides the means by which people around the world communicate with each other in their business and personal lives. The privacy and security of those communications must be governed by the rule of law, not by the whim of criminal hackers and those who employ them. People rightly expect that their communications through Silicon Valley internet providers will remain private, unless lawful authority provides otherwise. We will not tolerate unauthorized and illegal intrusions into the Silicon Valley computer infrastructure upon which both private citizens and the global economy rely,” said U.S. Attorney Brian Stretch for the Northern District of California. “Working closely with Yahoo and Google, Department of Justice lawyers and the FBI were able to identify and expose the hackers responsible for the conduct described today, without unduly intruding into the privacy of the accounts that were stolen. We commend Yahoo and Google for providing exemplary cooperation while zealously protecting their users’ privacy.”

The FSB officer defendants, Dmitry Dokuchaev and Igor Sushchin, protected, directed, facilitated and paid criminal hackers to collect information through computer intrusions in the U.S. and elsewhere. In the present case, they worked with co-defendants Alexsey Belan and Karim Baratov to obtain access to the email accounts of thousands of individuals.

Belan had been publicly indicted in September 2012 and June 2013 and was named one of FBI’s Cyber Most Wanted criminals in November 2013. An Interpol Red Notice seeking his immediate detention has been lodged (including with Russia) since July 26, 2013. Belan was arrested in a European country on a request from the U.S. in June 2013, but he was able to escape to Russia before he could be extradited.

Instead of acting on the U.S. government’s Red Notice and detaining Belan after his return, Dokuchaev and Sushchin subsequently used him to gain unauthorized access to Yahoo’s network. In or around November and December 2014, Belan stole a copy of at least a portion of Yahoo’s User Database (UDB), a Yahoo trade secret that contained, among other data, subscriber information including users’ names, recovery email accounts, phone numbers and certain information required to manually create, or “mint,” account authentication web browser “cookies” for more than 500 million Yahoo accounts.

Belan also obtained unauthorized access on behalf of the FSB conspirators to Yahoo’s Account Management Tool (AMT), which was a proprietary means by which Yahoo made and logged changes to user accounts. Belan, Dokuchaev and Sushchin then used the stolen UDB copy and AMT access to locate Yahoo email accounts of interest and to mint cookies for those accounts, enabling the co-conspirators to access at least 6,500 such accounts without authorization.

Some victim accounts were of predictable interest to the FSB, a foreign intelligence and law enforcement service, such as personal accounts belonging to Russian journalists; Russian and U.S. government officials; employees of a prominent Russian cybersecurity company; and numerous employees of other providers whose networks the conspirators sought to exploit. However, other personal accounts belonged to employees of commercial entities, such as a Russian investment banking firm, a French transportation company, U.S. financial services and private equity firms, a Swiss bitcoin wallet and banking firm and a U.S. airline.

During the conspiracy, the FSB officers facilitated Belan’s other criminal activities, by providing him with sensitive FSB law enforcement and intelligence information that would have helped him avoid detection by U.S. and other law enforcement agencies outside Russia, including information regarding FSB investigations of computer hacking and FSB techniques for identifying criminal hackers. Additionally, while working with his FSB conspirators to compromise Yahoo’s network and its users, Belan used his access to steal financial information such as gift card and credit card numbers from webmail accounts; to gain access to more than 30 million accounts whose contacts were then stolen to facilitate a spam campaign; and to earn commissions from fraudulently redirecting a subset of Yahoo’s search engine traffic.

When Dokuchaev and Sushchin learned that a target of interest had accounts at webmail providers other than Yahoo, including through information obtained as part of the Yahoo intrusion, they tasked their co-conspirator, Baratov, a resident of Canada, with obtaining unauthorized access to more than 80 accounts in exchange for commissions. On March 7, the Department of Justice submitted a provisional arrest warrant to Canadian law enforcement authorities, requesting Baratov’s arrest. On March 14, Baratov was arrested in Canada and the matter is now pending with the Canadian authorities.

An indictment is merely an accusation, and a defendant is presumed innocent unless proven guilty in a court of law.