Rudimentary attacks, such as intrusion attempts, information gathering, and policy violations pose the greatest risk to midsized organizations, according to eSentire. 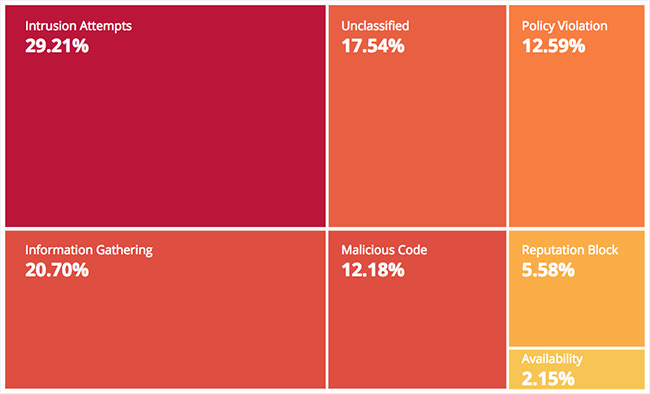 “In 2016, the eSentire SOC detected almost 5 million attacks across hundreds of primarily small to medium organizations, spanning multiple industries,” said Viktors Engelbrehts, director of threat intelligence at eSentire. “Cybercriminals are attracted to easy targets because they are low risk, high reward, and require little effort to execute. However, available evidence suggests that the majority of opportunistic cyber-attacks against mid-sized businesses can be prevented by applying basic best practice security principles.”

Rudimentary attacks pose the greatest risk – cybercriminals are moving away from sophisticated malicious code attacks, with the majority of attackers preferring inexpensive and automated methods of intrusions, exploiting ‘low hanging fruit’ (representing almost 30% of all observed events). This trend is expected to continue so long as these techniques are successful.

Every organization is a target – with easier access than ever before to simple and automated tools, cybercriminals can stage attacks against every business. Attacks, such as ransomware, can reap financial gains without the painstaking effort required to identify and extract high value information from an organization’s network.