A new HackerOne report examines over 800 hacker-powered programs from organizations including Airbnb, GitHub, General Motors, Intel, Lufthansa, Nintendo, U.S. Department of Defense, Uber, and more. Findings are based on nearly 50,000 resolved security vulnerabilities and more than $17 million in bounties awarded.

With data breaches averaging $4 million in losses globally and the downtime caused by attacks like WannaCry costing upwards of $8 billion, the most security conscious organizations are working with hackers to find unknown vulnerabilities. The report data reveals that hackers are finding severe vulnerabilities and getting paid for it, with 32 percent of resolved vulnerabilities classified as high to critical severity, and top rewards reaching $30,000 for a single report.

Hackers in over 90 countries are earning bounty rewards. The most competitive organizations are awarding hackers nearly $900,000 a year, with critical vulnerabilities earning $1,923 on average. In the past 12 months, 88 individual bug bounties rewards were over $10,000. 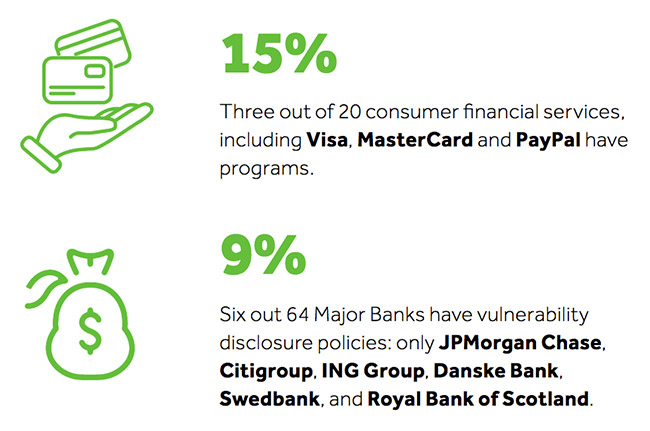 Bug bounties aren’t just for technology companies. While over half of bug bounty programs launched in 2016 were by technology companies, 41 percent were from other industries. Verticals showing significant year-over-year growth include government agencies, like the U.S. Department of Defense, media and entertainment, financial services and banking, and ecommerce and retail.

Responsive programs attract top hackers. Programs that are the fastest at acknowledging, validating, and resolving submitted vulnerabilities are the most attractive to hackers. Loyalty matters — repeat hackers are to thank for the majority of valid reports.