Netdata is a system for distributed real-time performance and health monitoring. It provides real-time insight of everything happening on the system it runs (including applications such as web and database servers), using modern interactive web dashboards. 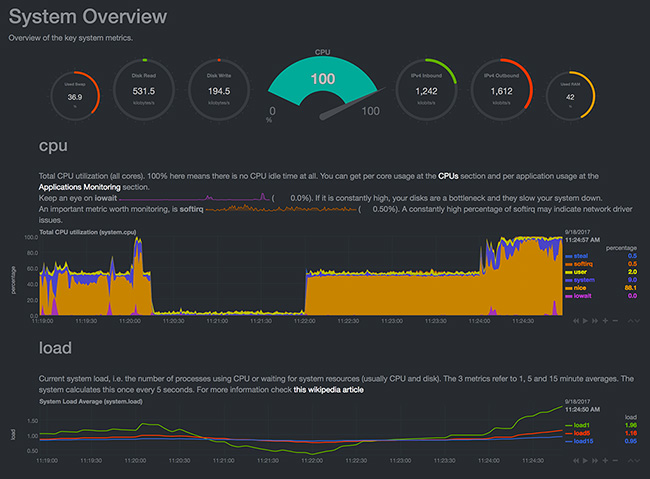 The software, as a slave, was not handling all the error cases properly, resulting in 100% cpu utilization of a single core, under certain conditions. Especially under FreeBSD and macOS slaves, these conditions were always met, so using FreeBSD or macOS as netdata slaves, was completely broken.

The tool was incorrectly messing cached alarm state data between the alarms of the mirrored hosts, resulting in alarm notifications not dispatched under certain conditions. This was affecting only netdata masters (ie. netdata servers with more than one host databases, with health monitoring enabled). The alarms were generated and were visible at the dashboards, but the notifications were not always sent.

There was a minor issue with charts that were created with name aliases. When these charts were streamed from netdata slaves to netdata masters, they ended up with duplicate chart names.