If you’re one of those people who mentally check out of news the day before Thanksgiving, you might have missed Facebook’s announcement about a new tool aimed at helping US-based users check whether they have been duped by Russian propaganda. 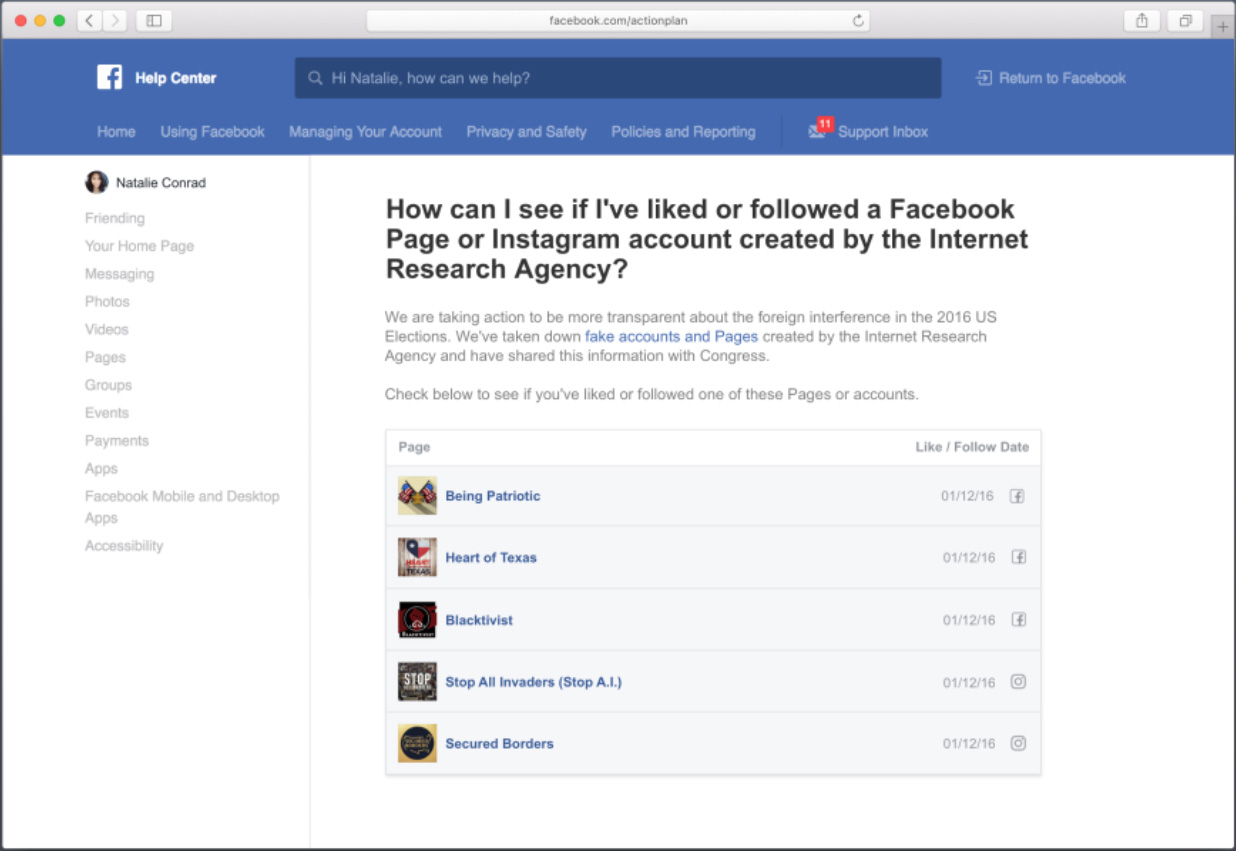 “We will soon be creating a portal to enable people on Facebook to learn which of the Internet Research Agency [a Russian propaganda outfit] Facebook Pages or Instagram accounts they may have liked or followed between January 2015 and August 2017,” the company explained.

The tool will be made available by the end of the year, and users will be able to access it from the Facebook Help Center.

The company did not say, however, that they will notify users directly about the existence of the tool, and this will likely minimize its use.

Also, it seems that the tool won’t be of much help to the users who haven’t liked or followed one of these pages or accounts, but have seen posts because their friends did like, share or follow them.

The extent of the Russian propaganda efforts on Facebook

The company recently admitted that Russia-backed content reached as many as 126 million Americans on Facebook during and after the 2016 US presidential election.

Facebook founder Mark Zuckerberg has previously brushed aside claims that misinformation that was spread through Facebook could have had much influence on the results of the 2016 elections. But the company has had to investigate the question as it was raised by the US Congress, and has since found (and deleted) many fake pages believed to have been backed by Russia.

They believe that some 120 such pages created 80,000 posts during that period. Many of them, such as “Heart Of Texas” and “Secured Borders” were made to look like they were created by US citizens.