NiceHash, one of the most popular crypto-mining marketplaces, has apparently suffered a breach that resulted in the theft of the entire contents of the NiceHash Bitcoin wallet. 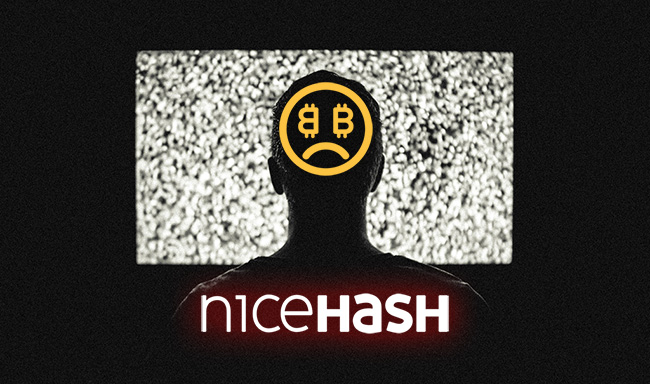 “We are currently investigating the nature of the incident and, as a result, we are stopping all operations for the next 24 hours. We are working to verify the precise number of BTC taken,” the outfit noted.

“Clearly, this is a matter of deep concern and we are working hard to rectify the matter in the coming days. In addition to undertaking our own investigation, the incident has been reported to the relevant authorities and law enforcement and we are co-operating with them as a matter of urgency.”

The announcement came a day after the marketplace first asked NiceHash users to be patient while the service undergoes maintenance, and then, a few hours later, said again that the maintenance would take longer than expected.

Then, late last night, the bombshell:

Here is our official PRESS RELEASE about the security breach!https://t.co/yhfdjXkJwc

While miners are waiting for official news from NiceHash, the stolen money was tracked to a single Bitcoin wallet.

It seems that whoever is behind this heist has gained Bitcoin worth currently a little less than $70 million. (The price of Bitcoin reached $14,000 on Wednesday.)

NiceHash users took to Reddit to discuss the breach and speculate on whether this heist was an inside job. The speculation fuelled by the fact that the majority owner of NiceHash is a company named H-Bit, owned by Martin Skorjanc, the father of Matjaz Skorjanc, convicted author of the Mariposa bot. The younger Skorjanc is also the CTO and co-founder of NiceHash.

Many users are bemoaning the fact that they lost money while waiting to reach the minimum payout: 0.01 BTC for external wallets and 0.001 BTC for NiceHash wallet. Many are also expressing regret about choosing to direct their mining earnings to the NiceHash wallet instead of their personal one.

As they are waiting for news from NiceHash, it seems that most don’t believe they will get their money back.