RSA Conference, the world’s leading information security conferences and expositions, today announces its full line-up of keynote speakers for the 2018 Conference, which begins Monday, April 16th and runs through Friday, April 20th at the Moscone Center in San Francisco, CA. 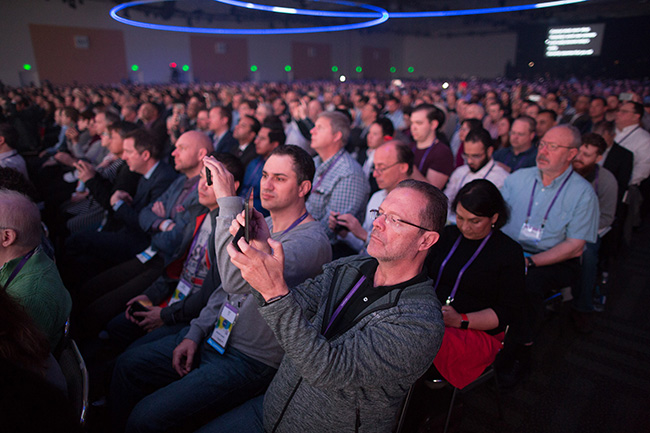 Keynote speakers at this year’s Conference will bring forward-thinking stories to the keynote stage on a wide variety of industry-relevant topics including artificial intelligence, cyber bullying, gamification, the history of technology and innovation, among others.

“Our keynote program will leave a lasting impression on our attendees and inspire them to think differently about security and the world around them,” said Sandra Toms, Vice President and Curator, RSA Conference. “Our speakers are a mix of executives and leaders at the top of their field, technologists, scientists, best-selling authors, activists, futurists and policy makers.”

Guest speakers and sessions on the main stage

The five most dangerous new attack techniques, and what’s coming next – Panelists from The SANS Institute, Ed Skoudis (top hacker exploits expert/teacher in the U.S.), Johannes Ullrich (head of the Internet Storm Center), James Lyne (top expert on cyberattacks in the U.K.) and moderator Alan Paller will provide an update on the most dangerous new attack techniques, how they work, how they can be stopped and how to prepare for what’s coming next.

Jane McGonigal, PhD is a world-renowned designer of alternate reality games — or, games that are designed to improve real lives and solve real problems. She is a New York Times bestselling author and is the inventor and co-founder of SuperBetter, a game that has helped nearly half a million players tackle real-life health challenges such as depression, anxiety, chronic pain, and traumatic brain injury. She is the Director of Games Research & Development at the Institute for the Future and she has a PhD from the University of California at Berkeley. She has consulted and developed internal game workshops for more than a dozen Fortune 500 and Global 500 Companies.

Margot Lee Shetterly, writer, researcher, and entrepreneur authored Hidden Figures – The American Dream and the Untold Story of the Black Women Mathematicians Who Helped Win the Space Race. The true story became a top book of 2016 for both TIME and Publisher’s Weekly, a USA Today bestseller, and a #1 (instant) New York Times bestseller. Shetterly is also the founder of the Human Computer Project, a digital archive of the stories of NASA’s African-American “Human Computers” whose work tipped the balance in favor of the United States in WWII, the Cold War, and the Space Race. She graduated from The University of Virginia, is a 2014 Alfred P. Sloan Foundation Fellow, and recently joined the Terra Alpha Investments advisory board.

Monica Lewinsky, public speaker, writer, contributing editor to Vanity Fair magazine, a founding board member of the Childhood Resilience Foundation and social activist in the battle against online harassment—advocating for a safer social media environment.

The Cryptographers’ Panel: The past, present and future of the industry – Panelists Adi Shamir (Borman Professor of Computer Science and The Weizmann Institute, Israel), Ronald Rivest (MIT Institute Professor), Moxie Marlinspike (Founder of Signal), Paul Kocher (Security Researcher and Consultant) and Whitfield Diffie (Cryptographer and Security Expert, Cryptomathic) talk with Zulfikar Ramzan, CTO of RSA, on the past, present and future of information security.

Tim Urban, Creator of Wait But Why, will share his own story of coming to understand how his own mind works with head-spinning thinking, quirky graphics and his signature stick figures representing the major “players” in his head that battled over the steering wheel, and how it relates to us all.

Additional keynotes include the following executives: