Imperva now says that that are still too many Internet-facing Redis servers and that 75% of them show signs of having been infected with malware.

“Redis is a great tool, it can serve as in-memory distributed database, cache or a message broker and is widely popular,” the researchers note.

But Redis servers are designed to be accessed by trusted clients inside trusted environments, have not default authentication, and all the data is stored in clear text.

Unfortunately, a simple Shodan search shows that there are 72,000 publicly available ones.

And, after setting up their own honeypot Redis servers and them starting getting probed (vulnerability scans) and bombarded with attacks (simple crypto mining infections and crypto mining worms) within a day, the researchers decided to see how many of those open servers sport malicious keys and values that they saw in their honeypot data.

The result? Only 10,000 of the servers replied to their scan attempts without an error, but of those most showed signs of compromise. 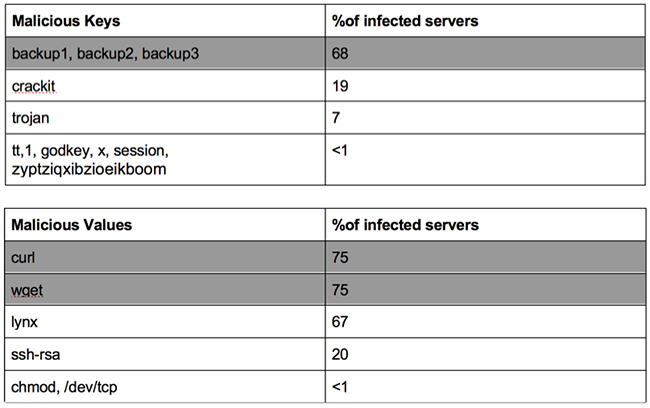 They advise administrators to remove the exposed Redis servers from the Internet and check whether they have been infected. It’s also a good idea to run Redis with the minimal privileges necessary.