When iOS 12 is released later this year, it will come with a new feature that will allow iPhone users in the US who call 911 to “automatically and securely” share their location data with first responders. 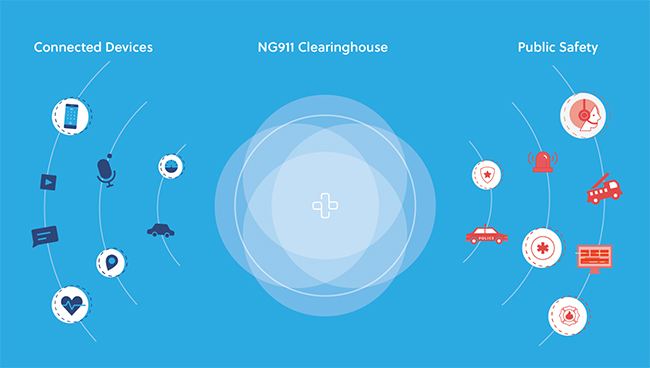 This data was made available to wireless carriers and through them to emergency services, but major US carriers only recently started using it, as well as a similar Google technology that works on the company’s Android devices.

“The NG911 Clearinghouse is a NENA i3 compliant Location Information Server (LIS) and Additional Data Repository (ADR) that integrates into most major 9-1-1 call-taking, dispatching and mapping systems. RapidSOS offers this service at no cost to public safety, and it can be accessed by any authorized 9-1-1 center in the United States,” Reinhard Ekl, VP Product & Public Safety at RapidSOS, explained.

He noted that public safety agencies across 35 states have already completed the integration and has invited those who haven’t yet to get in touch to receive instructions on how to do so.

He also reassured them that this location information sent by Apple devices is a supplemental source of data, not a replacement for the carrier location they already receive through the Automatic Location Identification (ALI) system.

From the user perspective

Users will be able to use the feature easily, as it will be part of the operating system – they will not have to install a dedicated app on their phone.

The HELO location data will be sent to the NG911 Clearinghouse through RapidSOS’s Internet Protocol-based data pipeline.

“In keeping with Apple’s focus on privacy, user data cannot be used for any non-emergency purpose and only the responding 911 center will have access to the user’s location during an emergency call,” Apple added.

Some 80 percent of 911 calls today come from mobile devices, and this new feature should help reduce emergency response times.