Employers can implement effective cybersecurity that increases visibility, reduces insider threat risk, and that respects employees’ privacy while gaining their support, according to Dtex Systems. 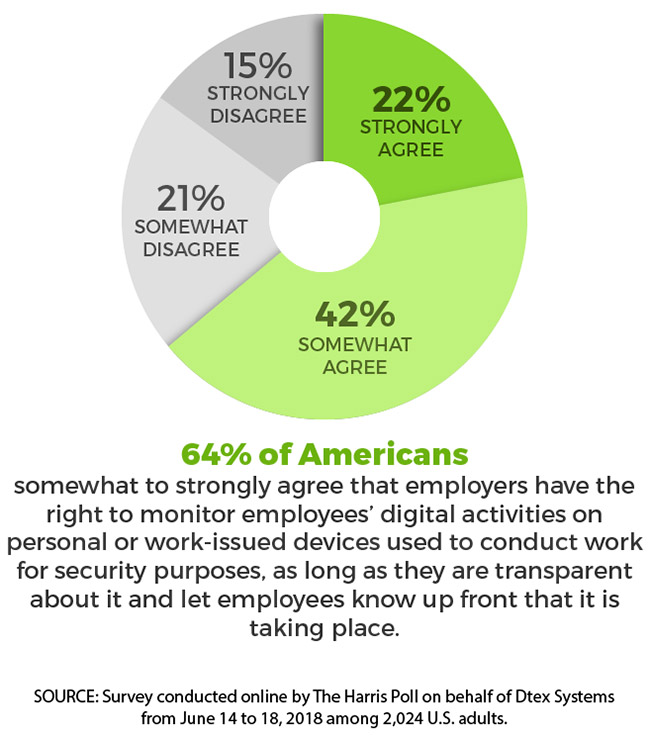 To achieve this, monitoring should be conducted with:

“The world has lost its tolerance for deceptive data practices, aggressive surveillance and privacy invasions. It’s also become more lawless; Edward Snowden, Waymo vs. Uber and the insider who sabotaged Tesla are stark reminders of this reality,” said Christy Wyatt, CEO, Dtex Systems. “This survey shows that Americans understand the situation and expect their employers to maintain a level of security that protects them and their jobs. It also shows that Americans who expect to have their privacy protected will reject legacy monitoring technologies that record their every keystroke and record everything they do.” 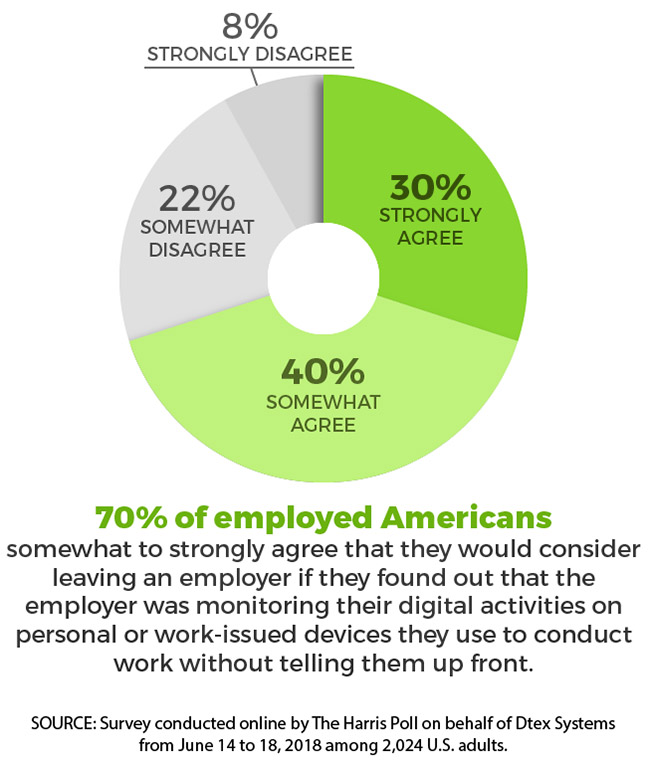