California Governor Jerry Brown signed into law SB 822, the strongest and most comprehensive state-level net neutrality bill in the country. 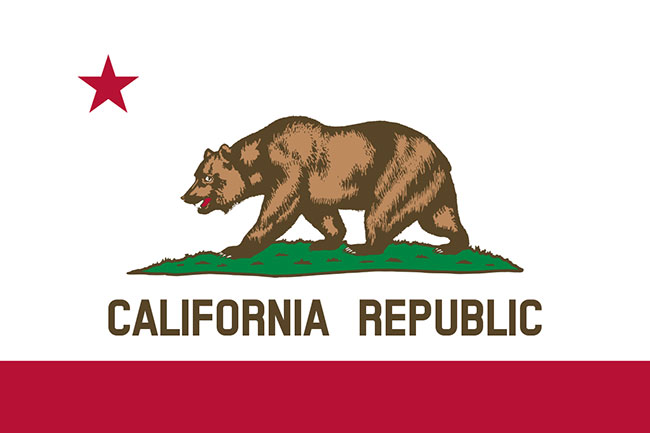 The bill passed the state legislature with overwhelming and bipartisan support, and could unleash a wave of similar efforts in other states, with serious implications in the fight to restore net neutrality nationwide. The Department of Justice on Sunday night sued California over its new new neutrality law.

“This victory in California is a testament to the power of the free and open Internet to defend itself. And it’s a beacon of hope for Internet users everywhere who are fighting for the basic right to express themselves and access information without cable and phone companies controlling what they can see and do online.” said Evan Greer (pronouns: she/her), deputy director of Fight for the Future, the digital rights group that played a leading role in passing SB 822 and bringing national attention to the bill. “Despite their army of lobbyists and millions spent lining the pockets of legislators, these companies continue to lose ground in the face of overwhelming cross-partisan opposition to their greedy attacks on our Internet freedom. When all is said and done, Comcast, Verizon, and AT&T are going to wish they’d never picked a fight with Internet over net neutrality. Other states should follow California’s lead, and Congress should pass the joint resolution to reverse the FCC’s resoundingly unpopular repeal.”

SB 822 becoming law is a major victory for Internet activists who harnessed massive public outcry to pass the bill and a resounding defeat for big telecom companies like AT&T and Comcast, who spent millions to defeat the bill. SB 822 was nearly scuttled by fierce telecom lobbying, but prevailed after Fight for the Future brought the full force of the Internet down on California legislators, including crowdfunded billboards and a thousands of phone calls.

Californians will now be protected from giant ISPs like AT&T and Comcast, who will once again be barred from blocking, throttling and paid prioritization. Like the 2015 Open Internet Order that was repealed in 2017, the bill also bans ISPs from charging websites to load for the ISPs subscribers or using the point where data enters the ISPs network to evade net neutrality. Finally, the bill also makes sure that Californians are protected from mega-corporations like the newly minted AT&T-TimeWarner who want to push their content and services on subscribers, while harming all other speakers and companies on the internet.

SB 822 is widely regarded as the best state-level net neutrality bill in the country. That’s why AT&T and Verizon fought so hard, even managing to gut the bill in committee in June. But after howls of outrage online from the grassroots, the bill later passed with all the key protections Since California is the world’s fifth leading economy, SB 822 has implications for the entire nation. Its passage with bipartisan support is expected to bolster efforts in Congress to reverse the FCC’s repeal using the Congressional Review Act (CRA.)

Giant Internet service providers like AT&T and Comcast poured money into lobbying and misinformation campaigns to stop SB 822 and managed to gut it once in committee. They funded astroturf front groups, who targeted seniors with misleading robocalls, and ran Twitter ads generating tweets targeting California assembly members that look like they’re from real constituents. One of these groups, CALinnovates, which was paid $200,000 to run dark ads on Facebook and Twitter, even lies about its membership, claiming Uber is a partner when the company denies it.