In two weeks, one of the most gruelling security challenges returns to the Middle East! As part of Hack in the Box’s (HITB) return to Dubai after an 8-year gap, the HITB Security Conference will be bringing back a wide range of free to the public hacking games and challenges, including its ever-popular HITB Capture The Flag (CTF) competition. 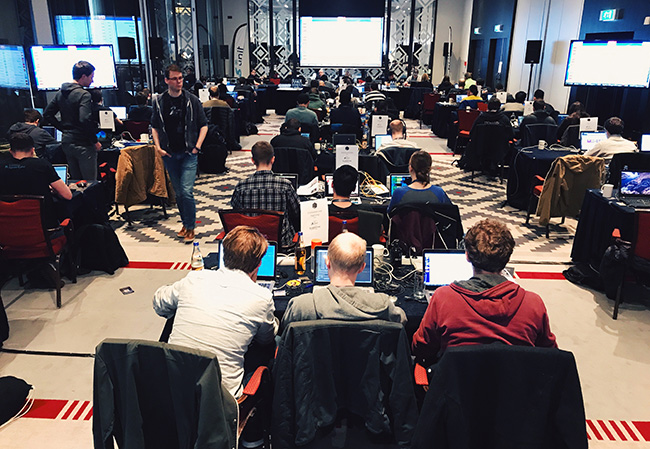 HITB’s CTF competition will see over 20 international teams battle it out in Dubai on 27 and 28 November at the kick off leg for the 2019 HITB CTF competition series which will continue at HITB’s 10th year anniversary event in Amsterdam next year, and then at HITB GSEC in Singapore and beyond.

Winning teams from each HITB CTF competition are flown to compete in the next leg of the game. For this November’s kick off CTF in Dubai, winners from both HITB’s 2018 Amsterdam and Beijing 2018 XCTF-Finals will be flown in to participate. The upcoming HITB CTF in Dubai is also an ideal opportunity for UAE’s local security talents to show off their skills alongside and against some of the world’s top-ranked players.

In addition to the professional-level CTF game, HITB will also be hosting an edu-level CTF competition for undergraduate and high school students. Aimed at motivating UAE’s younger talent, the edu CTF is a team-based, jeopardy-style competition that runs over 2-days on 27 and 28 November. The contest features both attack and defense oriented challenges involving reverse engineering, web penetration, crypto, forensics, network analysis and more.

All these competitions will be held at HITB CommSec – the free, open-to-public area of the upcoming HITB Security Conference at Grand Hyatt Dubai. The conference itself is being held from 25 to 28 November, following the event’s signature format of 2-day technical courses and a 2-day multi-track conference, with a focus on AI and blockchain tech, maker and hacker spaces, a car hacking and hardware-related village, and HITB’s CommSec track, in collaboration with BSides Dubai.

The Dubai Electronic Security Centre (DESC) is the main supporter and endorser for Hack In The Box (HITB) event as part of its ‘Dubai Cyber Security Strategy’ key domain which is innovation, with the goal to continuously promote cyber security research & innovation that supports in establishing a secure cyber space for organizations and individuals in Dubai.

Individuals attending the event without a team will be able to participate in numerous contests including a Car Hacking Village run by China’s QIhoo360 Radio Team; a Wireless Capture the Signal contest, an IoT Village run by Independent Security Evaluators who run the same event at the world’s oldest and largest hacking conference DEFCON; an area run by DEFCON’s Car Hacking Village; and a Security Control and Data Acquisition (SCADA) CTF contest by South Korea-based NSHC Security.

Free and kid-friendly, this HITB CommSec area will also feature other hands-on activities at the AI Village, Soldering Village, Badge Village, Career Zone, a Hack In The Class for children, and the Armory – a security tools demonstration zone. HITB is also collaborating with BSides Dubai to feature a series of free 30-minute talks that will also be livestreamed.

For its return to Dubai, HITB is partnering with UAE based- DarkMatter Group, the region’s first and only fully-integrated digital transformation, defence and cyber security consultancy and implementation firm.

HITB Founder and CEO, Dhillon Kannabhiran said: “Our objective has always been to raise awareness about the risks and importance of security in the digital age and to also nurture the next generation of talent. To achieve this, we hold HITB Security Conferences annually in Amsterdam and Singapore, and have just recently completed our first-ever entry into China. Now we are looking forward to returning to Dubai after 8 years away, where we will be running more than 10 challenges, villages and interactive activities, to appeal not only to seasoned security professionals, but also those just starting out on their hacker path,” he added.