Organized in collaboration with Maximiliano Soler from ToolsWatch and Matteo Beccaro from Opposing Force, the HITB Armory is a brand new area of HITB2018DXB where independent researchers will get to show off their projects, run their demos and allow you to play around with their security tools. 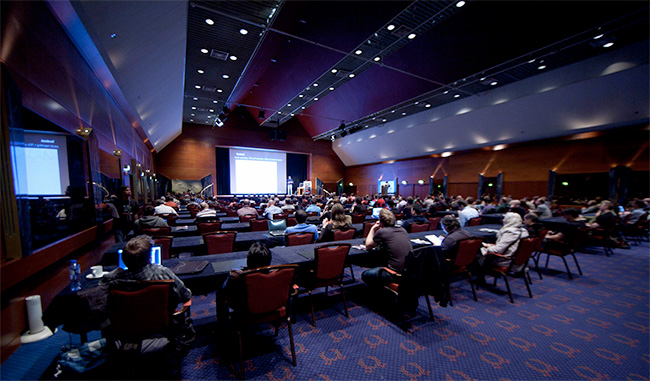 Selected from a Call for Tools process, researchers will have 30 minutes to present their tools onstage, followed by a 3-hour demonstration session at the exhibition space. In total, there’s going to be around 80 hours of talks and presentations.

“Attendees will be able to see the tools in action and gain valuable insight. The best part is the possibility to speak directly to the developers. I hope new connections and collaborations will arise from these conversations,” Matteo Beccaro, HITB Armory organizer, told Help Net Security.

HITB Armory will feature a total of 12 tools, and will be free and open-to-public, so feel free to drop by anytime during the conference to check out the tools.

“We’ll have an IoT tool used to monitor the behavior of devices on the network in order to detect infected devices. There’s going to be a showcase about how to use FPGA to perform real time processing of network packets, in order to block possible attacks using hardware. We’ll also feature offensive tools like aclpwn, which is used to perform automatic exploitation of bad configured ACL using BloodHound, or SigSploit, a new framework to perform attacks against telecom security protocols like SS7,” Beccaro concluded.