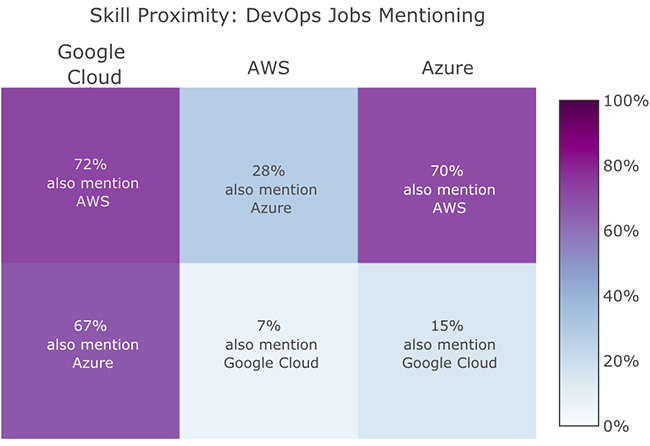 The world is trending multi-cloud 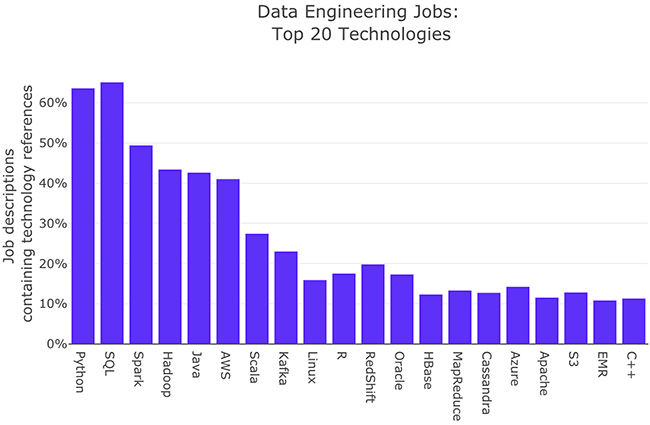 Industry analysts often suggest that GCP is the best-fit for data engineering, but the data shows differently. GCP didn’t even crack the top 20 data engineering skills mentioned in job postings, while AWS and Azure did.

Kubernetes may be driving multi-cloud adoption

Cloud Academy’s data discovered that as the number of public cloud platforms mentioned in job postings increased from three months ago, so did the mention of Kubernetes, suggesting that a multi-cloud strategy necessitates adoption of containerization.