With existing support for Windows 7, 8 and 10, the launch of MacOS rounds off the HYPR Employee Access offering and accelerates HYPR’s continued transformation of enterprise security.

“Bringing HYPR to the Mac is critical to our mission of deploying true password-less security across the enterprise. It is well-known throughout the industry that complex passwords are costing business millions of dollars a year, with employees at large companies wasting thousands of hours on typing in passwords. When factoring in the large-scale breaches caused by credential stuffing, phishing and password reuse attacks – it is clear that eliminating passwords is a huge win for the C-Suite and IT teams,” said George Avetisov, CEO of HYPR.

Demand for password-less security inside the enterprise has grown in 2018, with Verizon’s Data Breach report estimating that over 80% of breaches are caused by weak or stolen passwords. Password reuse is on the rise as well, fueled by over 230 million malicious login attempts that happen each day (Shape Security 2018 Credential Spill Report).

“Credential stuffing has weaponized password reuse at a scale we’ve never seen before. The worst part is that your security hygiene doesn’t matter. HYPR’s ability to stop credential reuse can significantly reduce the collateral damage from breaches that happen outside of the enterprise’s control.”, said Bill Cardwell, Fmr. VP Information Security, Prudential. 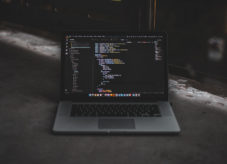