It’s no secret that too many Internet of Things devices lack adequate security. But is it too much to expect that out home routers – the devices that “provide” us with a working Internet connection – implement the most basic software security hardening features?

Apparently, it is, even though some of them are easy to adopt, have no downsides, and are standard practices in the desktop and mobile software markets.

The researchers analyzed each binary in the firmware images of 10 MIPS-based and 18 ARM-based devices: popular home routers by Asus, D-LINK, Linksys, Netgear, Synology, TP-Link and Trendnet that were listed in the 2018 Consumer Reports home router buying guide and “Best of 2018” home router lists by several online tech/consumer electronic outlets.

They have compiled two tables that show the results (the first line of both tables references the basic desktop distribution of an un-hardened Linux Ubuntu Long Term Support, dating back to 2016, for comparison): 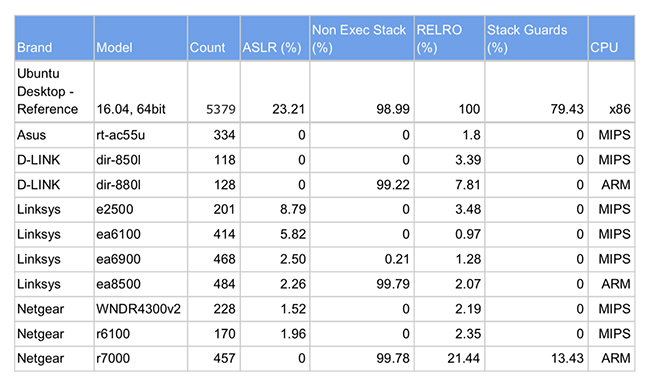 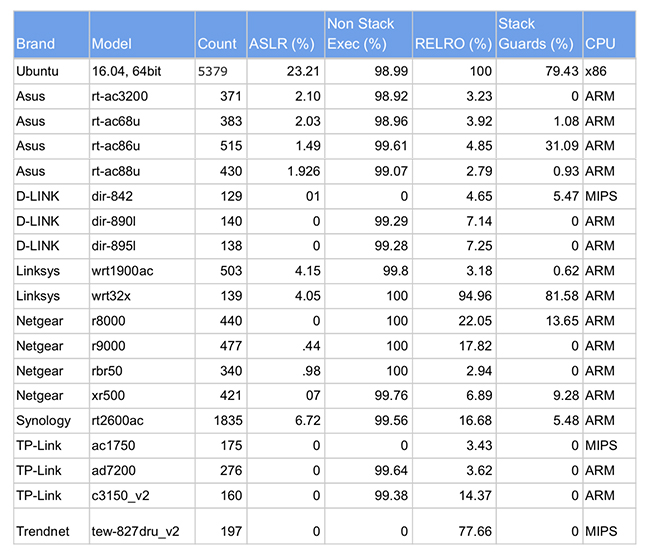 The results of their analysis showed many things: 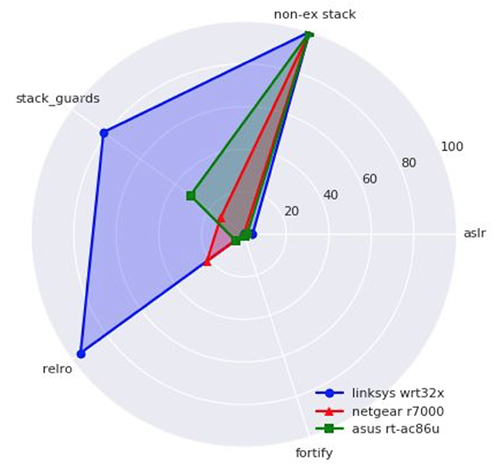 The researchers also found that the use of safety features is not consistent across different models within the same brand name.

“If vendors applied basic checks for software safety practices as part of their build and testing practices prior to shipping their products the industry could quickly see a noticeable improvement in product build safety,” the researchers pointed out.

“For vendors, this state of affairs presents an opportunity for any brand wishing to distinguish itself: very little effort is currently required to earn a ‘best in class’ designation.”