There is a direct correlation between cryptocurrency and DDoS attacks. As the price of cryptocurrency dropped in 2018, leading to decreased profits from cryptomining, hackers on the black market began to divert prime botnet resources to DDoS attack activities, which increased month by month. 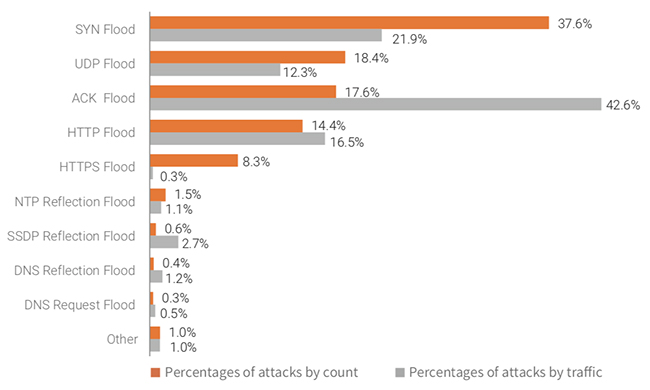 “The fluctuation of Bitcoin prices has a direct bearing on DDoS attack traffic,” said Richard Zhao, COO at NSFOCUS.

“This, along with other report findings, can help us better predict and prepare for DDoS attacks. Attackers are after profits and as we watch bitcoin fluctuate, we will continue to see this correlation pop up. DDoS attacks have never stopped since making their debut – analyzing trends in this report helps companies keep up with the fluid attack and threat landscape.”